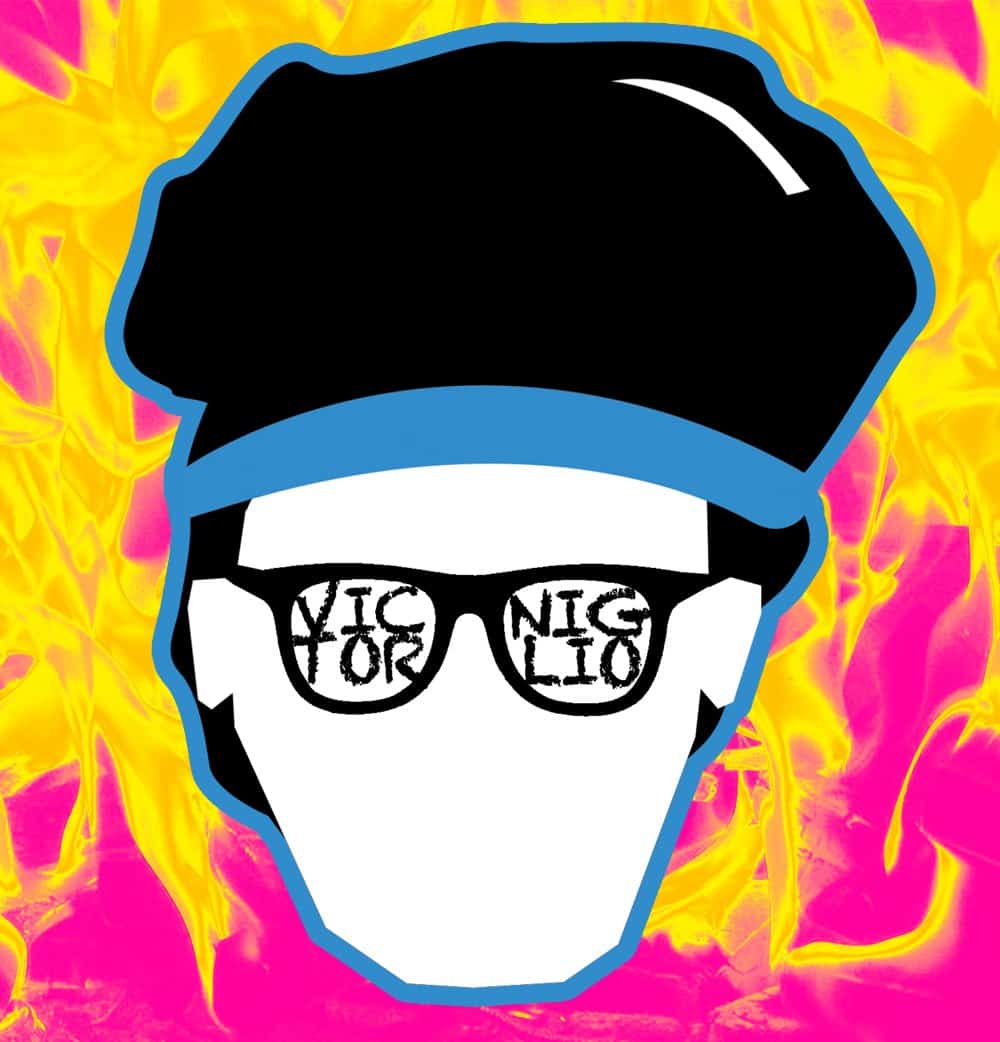 I got the opportunity to interview Victor Niglio few hours before his 90 minute opening set, kicking off the Rage by the Pound 2014 Tour. Rage by the Pound is the Jiggy Monsta's first U.S. tour, and well deserving. Artists Mayhem and the headliner SKisM rounded the opening lineup. Yes, it was a going to be a heavy night. The White Rabbit Group holds Havoc Thursdays at the Yost Theater in Santa Ana, California. On a weekly basis, it's become the most consistent event for trap or hard style music in the Los Angeles, Orange County area.

Well if you aren't familiar with Victor Niglio by now, please orient yourself with these two remixes of Martin Garrix's Animals before reading the interview. Both are essential tracks for any festival trapper or VIP twerk aficionado.

Edmsauce: How do you pronounce your last name?
Victor Niglio: “It’s Niglio” Spelled how it sounds.
Edmsauce: What is Indie Pop music? How have your relationships developed with other affiliated artists, such as Martin Solveig, Brillz, or Carnage developed from this?
Victor Niglio: Indie Pop Music is a management powerhouse, and I was introduced to that via Carnage. They picked me up. The relationship between all of the artists and everything is pretty tight. We’re all like a crew. It’s pretty cool.
Edmsauce: Where is the best Philly cheese steak that you’ve ever had?
Victor Niglio: It’s not Pat’s or Geno’s, it’s at a place called Jims. Pats and Geno’s are tourist spots.
Edmsauce: How did you get the “Jiggy Monsta” nickname?
Victor Niglio: I was trying to figure out my Twitter name. It seemed pretty cool. It’s funny now that people actually call me Jiggy Monsta too. It’s kinda weird.
Edmsauce: What type of hardware do you use to make your music?
Victor Niglio: I don’t use too much hardware. Basically my Mac which I run Logic on. Just two monitors or Headphones, whatever I’m working with at the time. I also have a full 88-key semi-weighted keyboard because I play piano. It’s important that the keys are piano-esque when playing with melodies.
Edmsauce: Do you have a favorite city to play in? Or a specific type of venue (festival, club, theater, etc.)
Victor Niglio: I haven’t played in a festival yet, but they will probably be my favorite. As of cities, my most recent show is my most favorite. So I can’t put a pin on that exactly.
Edmsauce: How has your chart-topping remixes of Animals affected visibility to your other tracks? Have you noticed it expand your audience base?
Victor Niglio: My name carries more weight now. It's really expanded my profile from people only knowing me because of the ‘Jiggy' name.
Edmsauce: Are you working on any type of album? Periodic mix release?
Victor Niglio: I am working on doing a radio show, probably within the next three to six months. I’m not doing an album specifically, but I will be releasing singles with a few different labels.
Edmsauce: What venue would you like to play at but you haven’t?
Victor Niglio: Beta Nightclub in Colorado. If I wasn’t playing with Carnage tomorrow up in Portland I would be there for the tour. I’ve heard their sound is incredible, and they do live streams of their sets. They are amazing.
Edmsauce: Which city is the most ratchet?
Victor Niglio: Either Philly, New Orleans, or Orlando. Probably Philly. It’s on a different level.
Edmsauce: What would you be doing if you weren’t making music?
Victor Niglio: I started out in college as a film major, an editor. Clipping together pieces for commercials. Production basically.
Edmsauce: Do you have any pet peeves about the Music Industry?
Victor Niglio: If I see people getting bent over the barrier front row, grinded on while they are just looking at their phones. That pisses me off. Like what the fuck are you doing? Why are they in the front? That and just, people being obnoxious.
Edmsauce: Which artists would you like to collaborate with that you haven’t?
Victor Niglio: I would love to feature Brandon Flowers from the Killers on a track. That would be number one. Or Tiësto. Just because.
Edmsauce: What type of music do you listen to?
Victor Niglio: 90 percent of the music I listen to now is electronic, just because I try to keep up with it. Aside from that, I like everything. When someone says I like everything, they sometimes don’t mean it. I like metal, country, opera, classical, 60’s rock, gangsta rap. Everything.
Edmsauce: What direction do you see trap music going?
Victor Niglio: More towards 100 bpm, more jiving and accessible to a mainstream audience.
Edmsauce: What do you do when you are on the road?
Victor Niglio: I started to read a lot. A lot of the time, I just produce if I am in an environment to produce. Can’t really do it on planes though. I can do it on trains but not planes. I do meditation, and sleep whenever possible.
Edmsauce: So one year ago you Laptop was stolen. Things may have not been looking up as they are now. Today is your opening show on your opening tour. How does that feel to you? Are there any lessons or insights you could share to aspiring artists from where this last year has taken you?
Victor Niglio: All it is, is perseverance. If you stick with it and just keep grinding and doing your thing, the right person or persons will eventually hear your music. Just persevere. That’s the main thing.

Victor Niglio started the night with a deep house sounding mix for about the first twenty minutes. That's when he brought out his version of Tujamo and Plastik Funk's Who remixed. Everything remained turned up from there. I had a VIP section towards the front. It was elevated slightly from the main dance area, with only a bar to separate. It was nice because you could see when everyone gets down to the drops, while still being able to mingle with strangers.

I often philosophize with my friends or fellow scholars about the old adage “Is everything better trap mixed?” For proof of my claim, I just point to Mr. Niglio's remixes of Ode to Oi, Cannonball, or Animals to show that yes, everything may very well be better trapped if done correctly. Which version of Spaceman would produce a more energetic environment live: Hardwell's? Or the Carnage Festival Trap Remix? For now, electronic trap music has the answer.

I only saw part of Mayhem's set afterwards because I wanted to get people's reactions to the set and who they came to see. Down to the person, everyone had said Victor Niglio was their main reason for attending, at least in my presence. Not to underscore Mayhem and SKisM, who are both awesome artists that you should give a listen to. Both had great performances and were well worth the money for the experience. But the audience danced and put out the most energy during Jiggy's party music style set. That made him the most fun part of the night! Victor Niglio is official. Definitely an artist to pay attention to in 2014.