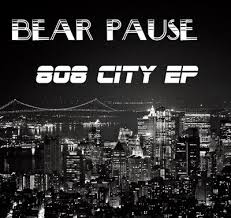 2013 was a huge year for trap music and some of the heaviest bangers are still being discovered. Exhibit A is this gem, “808 City” by Bear Pause, as played all last summer in Bassnectar's sets, as the track is quietly gaining popularity after being released about a year ago. Jonathan Blom of Durban, South Africa, released the incredible trap and bass sound with a free download (available in link, comments) on Soundcloud. Bassnectar AKA Lorin tends to mix up his sets every night he plays but Bear Pause's 808 city remained a consistent banger over the past summer. He played the tune at Red Rocks in Colorado, Free Press Summer Fest Music Festival in Houston, Tabernacle in Atlanta, and The Fillmore in Maryland to name a few. Huge tune, check it out: