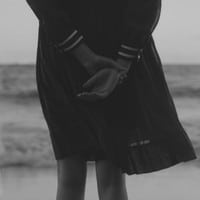 Mainstream music is not bad at all. Some people may think that because an artist is mainstream they automatically become bad. I disagree, but if you are one of those people who critiques people for liking mainstream music then Cashmere Cat is the producer for you. But hey, even if you are only into that mainstream sound and you want a little change of pace, then you should also check out Cashmere Cat. The latest EP from Cashmere Cat ‘Wedding Bells' is definitely bound to change the way you think about musical production. Cashmere Cat has released “Wedding Bells” a single from the EP on soundcloud, and after one listen I realized that this song was appropriately named. The song gives off a euphoric feeling of being at a wedding where everything is perfect and joyous. The song begins with an anticipatory drum beat, followed by the sound of wedding bells chiming in periodically. Singing is thrown into the mix at the beginning, which then turns into a flowing symphony with trumpets and of course the wedding bells. When the drop hits, there is still no sign of any electric feel in the song. But if you wait a few seconds into the drop then that is when the lasers get thrown into the mix of flutes and sitars, accenting them perfectly while big drums cast a shadow over the melody. The song ends with huge anticipation just as the beginning, but instead of leading into a heavy drop, a soft piano and harp dance softly side by side never truly connecting until the final seconds. Basically what I am trying to say is, BUY THIS EP!!!
Check out the song below.

In this article:Cashmere Cat, wedding bells

Cashmere Cat exists like a mystical force in the world of dance music. The producer who has championed the sounds of Ariana Grande and...

Cashmere Cat, Major Lazer and Tory Lanez have officially debuted a very special collaboration today. The track titled “Miss You,” is co-written with Benny Blanco and Ed Sheeran, two of the...

Cashmere Cat had one of the most impressive releases in 2017 with his album, ‘9'. It was gorgeous start to finish and incorporated pop,...