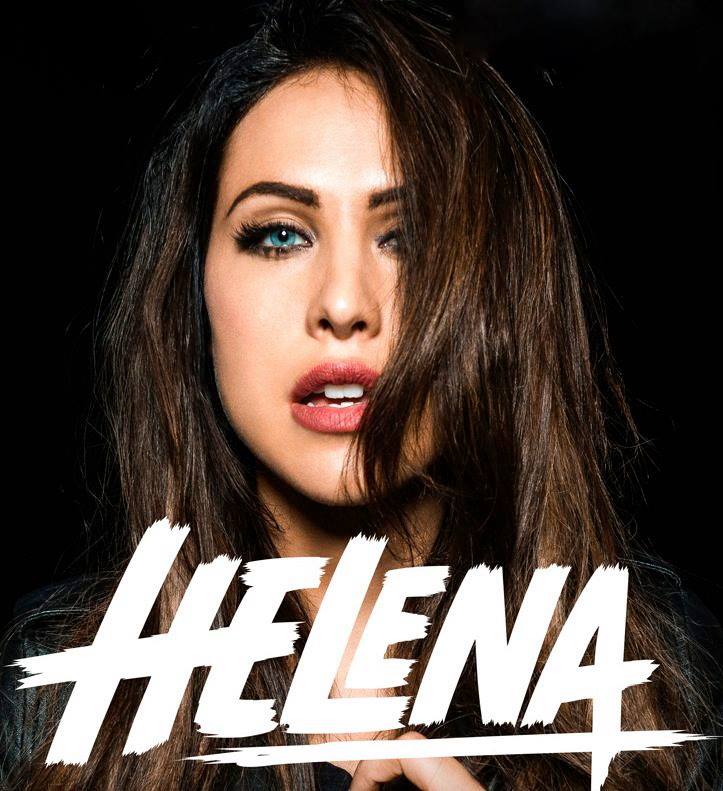 HELENA, a UK born, Australian bred and now Los Angeles based musician and DJ has taken the time to sit down, chat, and have an interview with us here at EDM Sauce. HELENA began DJing around the age of 14 in her friend's bedroom, now known as Eats Everything.

“From here, I continued messing about on the decks growing up,” HELENA says, which then turned into DJing after hours at house parties, backrooms of clubs, and continuing to focus purely on her DJing skill set. And there is no contest that HELENA has taken an easy route into the industry. She noted, “I started from the bottom up working hard and dedicating my life to it,” she continued to add, “I still have a long way to go but I’m on [a good] path, I think.” However, I'm sure her fans, listeners, and backers would agree that she is indeed on a good path. HELENA has definitely taken off in the world of EDM and as a DJ.

Since then, HELENA has also made her way into producing her own music as well. “My sound is a mix of tougher Electro and Melodic Progressive,” she says. Though, being influenced by artists such as Steve Angelo, Nicky Romero, Alesso, and Sander Van Doorn what else would you expect? There is still always the curiosity to artists, though… What Digital Audio Workstation (DAW) is preferred?

“I like to use Novation keyboards and controllers and work in Ableton and Fruity Loops (FL) studio,” HELENA begins, “my favorite programs are Sylenth, Massive, Nexus and Synplant.” The only issue that these programs, and really any DAW now-a-days, creates is a trend of similar sounds.

“It’s very hard to keep your sound unique when everyone has access to the same synths and samples,” she mentions, “that’s where sound design comes in.” We then asked how she is able to keep her own unique sound to which she said, “Combined with a unique break / drop I think really it’s just about pushing the boundaries and being creative,” which is a very true initiative. When it comes to the formation of new tracks, HELENA likes to start with the drop and then work backwards from there. However, at times she may start by creating the break, “it depends what inspires you,” she explains.

We then began to talk about her new release “Breathe”. “I wanted to make a track with a fresh uplifting break going into a heavier more powerful drop,” she explained. These two components may seem to be polar opposites, though. However, HELENA definitely made it come into perfect harmony. Also, she explained, “it took a bit longer to be released than what I originally hoped for,” she then continued, “things don’t often move as quick as you like.” Although, this track has definitely been worth the wait.

Looking toward the future, HELENA aspires to be an internationally recognized artist. “I am working very hard on my music and there will be a lot of tracks out this year from me,” she said to us. There is also no doubt that she determined to meet her goal as well as one day playing at major festivals around the globe. She then notes at a tip of advice: “Nothing comes easy – Practice, be focused and go after it. Anything is possible!”

We then ended our talks asking if she had any persons that she would like to note to which she happily said, “shout out to my manager Jon Hanlon for annoying him on a daily basis,” but then again he must enjoy working with her…right? Also she acknowledged, “my amazing teams at Spin Artist Agency in America and my team at Konkrete Agency in Australia, who are all part of this journey with me.”

Make sure to check out HELENA on SoundCloud and Facebook for more updates on music and more!