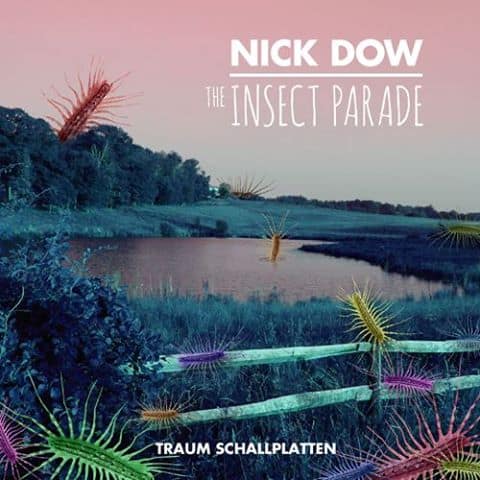 After Discovering Nick Dow just a few months ago I became an instant fan. His latest Solo EP release on Traum Schallplatten labeled “The Insect Parade” is due to be released January 13th, 2014.

Self Repair by Nick Dow is one of my personal favorites by the Scottish electronic music artist. From the get go the song keeps escalating up and up. The timbres of each instrument create more depth and brightness as the song progresses. A beautiful feel good mood incorporating lots of warm sounds and stabs that will keep anyone feeling positive and upbeat.

Below is a DJ set with ‘Self Repair' by Nick Dow at time marker 5:00 minutes.

“Nick Dow is the newest discovery on the Traum Schallplatten label based out of Cologne, Germany. His perception of music incorporates listening as well as challenging modern club music and by this ends up traveling very much in the same cosmos as we do with artist such as Dominik Eulberg, Max Cooper, Microtrauma, Minilogue and many more. The young producer has already spent time in New York and Berlin and you will see how this affects his music creation.

With the opening track “The Insect Parade” Nick has written a real emotional, cathartic and artistic “club anthem” exceeding all previous works. His energetic stabs of distorted melodies are relentless and yet they are sweet and soulful. An army of small sounds wrap around charged moments and then give way… leaving that “empty” space for him to fill out in the next moment.

“Smugglers Cave” is not exactly what Nick himself calls an interplanetary storm churning away the northern hemisphere creating eddies of reflective, multi-hued clouds, when he says: “I was having to stay insanely quite because my friends walls were paper thin and her neighbors would complain at the sound of a bottle lid falling. I needed something to work on that would keep my mind off the stresses of moving and having to fit back in to a different culture.”
Instead “Smugglers Cave” is a great piece of soothing melodic electronica. It carries that certain baroque flow and in the course of the track refers and seeks places or purity and beauty. The track throughout keeps a nice balance between cushioned euphoria and sadness and is perfect for people who also enjoy Ryan Davis.

“Iron Leaves” is very different from it’s predecessors, it is a dark piece of raw rocking techno with a lot of analog noises and feedbacks and hiss.
For all of you who like a bit of an iron fist in electronic music this might be the track.

“Electrolysis” was written in Scotland, just before Nick moved back to Berlin.
Here melodies alternate with sequential noises in a very nice and meditative way. There is this swell and fall of sounds which make this track so exciting. Definitely it is a track in which you can easily loose yourself!

“Self Repair” is a track which was started on good few years ago back in Scotland.
As Nick says himself: “It has gone through various different transformations and changes. It started out as an ambient track that I used to start my sets with. I finally turned it into something this past summer in Brooklyn's sweltering heat. NY definitely has a big influence on how it turned out.”

In this article:Nick Dow, Self Repair by Nick Dow, Traum Schallplatten