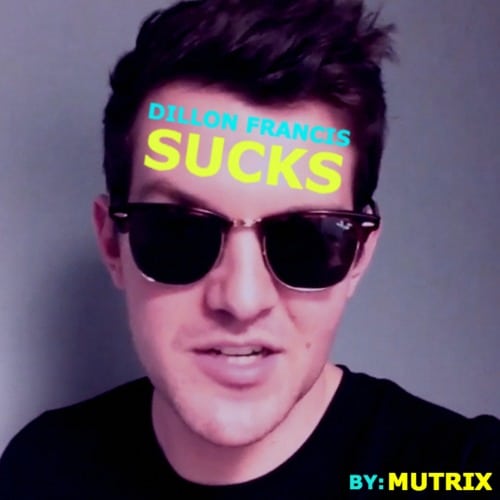 Not too long ago, Dillon Francis posted a video online where he babysat a resentful 15-year old. The week between the video's release and now was just enough time for Mutrix to craft a new song, “Dillon Francis Sucks!” which samples a few lines from the babysitting video.

Mutrix made sure to include a disclaimer on his SoundCloud:

I saw Dillon's babysitter video and had to take advantage of the teenager chant at end. I don't actually think Dillon sucks and I hope he finds his dad.

Still, we can hope for a response track. Maybe something titled, “No, I don't.” Either way, you can hear the song and watch the video below: