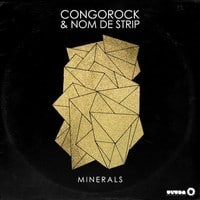 I am a little behind on the release of this track, but that is what happens when the holidays come around and we get bombarded with news stories. Congorock and Nom De Strip have released a new record called “Minerals,” that came out on November 22nd on Ultra Records. This song is another hard hitting house track that will soon be a crowd favorite being played at parties and concerts all over the world. The song has a certain flare to it that captures the attention of the listener. Congorock is currently playing shows all over the world but he will be back in the United States for New Years Eve in Anaheim California for the White Wonderland Gala. Nom De Strip will be in Tampa on December 26th for the Gift show, and then will be in Dallas Texas for the Lights All Night performance on the 28th of December.

Check out the Soundcloud preview below.