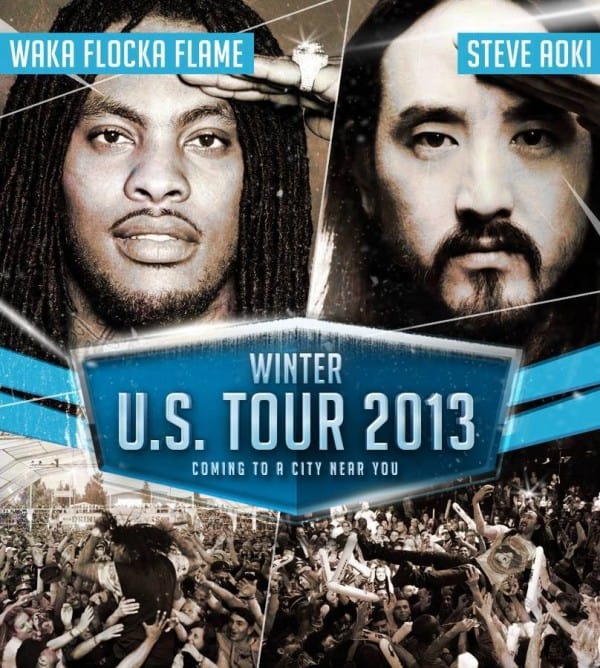 Waka Flocka Flame and Steve Aoki have been touring the USA for their Winter US Tour. Waka Flocka Flame has been so drawn to the EDM scene that he has decided to release his very own “EDM Rap” type of album. While Waka Flocka Flame's album is set to be released in 2014, the title of this album has just been released. Make sure to grab your copy of ‘Flockaveli Psychotics' in 2014!

In this article:Waka Flocka flame