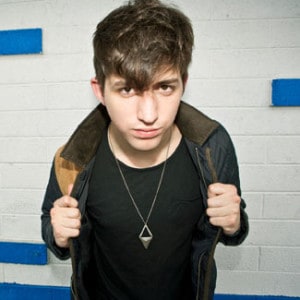 The North Carolina based DJ Porter Robinson has been headlining festivals worldwide and has been a resident DJ at the illustrious Wynn hotel in Las Vegas after the release of his collaborative masterpiece “Easy.” However for the past few months, Porter has beensilent. Fortunately for his fans it looks as if that silence may be coming to an end very soon. Recently he has hinted on his Twitter and Facebook of the impending release of his album. “It’s really close to done,” Porter said.” This record focuses on being emotional and beautiful and vast-sounding and I feel more strongly about it than anything I’ve ever done in my life.”

Even more good News rolled in on November 14th. Virgin EMI UK and Record Label Astralwerks announced a worldwide deal with Porter. Director ofVirgin EMI and general manager of Astralwerks said, “Porter is ushering in a new generation of electronic music that will evolve the genre into uncharted places. He crafts songs with exquisite precision, creating music that is both intimate and infinite.”

In regards to Porter’s upcoming album, it is currently set for a 2014 release and explains the albums new direction. ”It’s got a sort of vintage-inspired, lo-fi, nostalgic vibe to it. The album is definitely not a mainstage EDM album; I’ve grown so tired of the formulaic, buildup-drop formula. This recordis listening music, not party music. I think fans of songs like “Language” will like the album – it’s meant to be emotional and pretty in the same way – but on a different set of sounds. I feel really strongly about this. It’s my favorite music I’ve ever made.” Hopefully we’ll be seeing some of Porter’s latest works trickle in during the next few months. Until then stay tuned.

In this article:EDM News, porter robinson