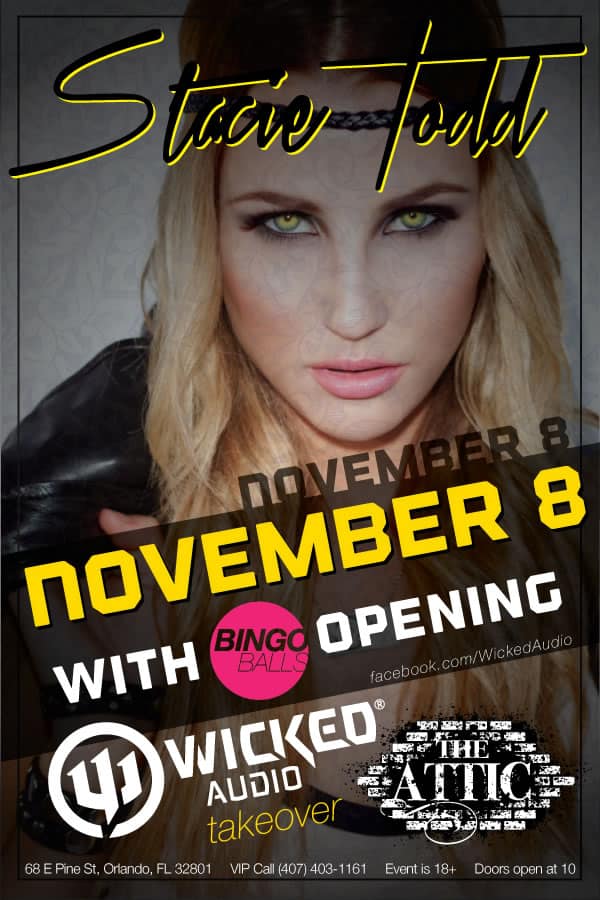 Traveling to the happiest place on earth this weekend? By that we of course mean Orlando, only not Disney World, but rather Electric Daisy Carnival (EDC).

Carnival rides, daisies, and walking entertainment along with some of the world's best DJs have overtaken space mountain and Minnie and Mickey. The festival even ends with fireworks, like the Disney parade. Only thing that sucks is how early it ends – midnight. But you're no Cinderella, so chances are you want to keep the vibe going. Go to the Attic. No Cinderelli, not that Attic. The Attic club in Orlando, where the EDC after party continues both Friday and Saturday with DJs Stacie Todd and Julian Jordan.

Wicked Audio is hosting the event and will be distributing free audio swag to club goers who keep their daisy bands on. Just don't be one of those douches who puts the high-quality Headphones on while in da' club. We get it you're a raving audiophile. No need to show off.

Check out Julian Jordan and Stacie Todd's latest tracks here before heading up to the Attic.