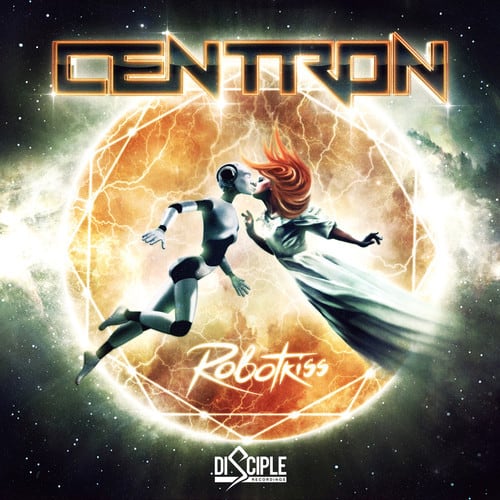 Earlier today, Centron (aka Rivo Kingi) released his new EP entitled “Robotkiss” through Disciple Recordings. Centron is an artist located in Tallinn, Estonia and takes on several genres from disco to glitch hop. Today, we will take a look deeper into this marvelous EP and Centron as an artist.

“Robotkiss EP is basically all my life put into four tracks.”

We asked Centron what his inspiration was to create this EP and he described his feelings quite vividly. He explained to us that this EP is his life put into music. Centron mentioned, as a kid he would play 8-bit video games and that games style traits can be heard throughout his music. However, he also mentioned LEGOs and he used these simple plastic bricks as an example of his music.

“I also used to build robots from LEGOs,” he mentioned, “when I was like 10 years old, and I think my tracks are also like LEGOs – built up of different bits and pieces that create a whole piece.”

But one song on his new EP was built in such an interesting form, we had to know more.

“I started to listen to the most original music, the mother of all music – classical music. I found it so inspiring that once when I was listening to it during [my] sleep I heard a tune in my head. I think I was lucid dreaming because I built up the whole song in my sleep, consciously, and managed to wake up and put it down. That's how Hey Charlie was born.”

“I tend to get lost in my tunes and overdo them.”

I want to step away from this article for a minute to discuss something with the readers. I am a strong believer that music is one of the most precious forms of art that we will ever have. However, and prepare your groaning now, something became very clear with the release of Avicii's album “True”. When he released it, he explained the music was for him. He created what made him happy and that is what great artists do. They make music how they thing it should sound and what inspires them. Here we have one of these artists, Centron. And no, I'm not comparing his music to another artists because each is unique but this mindset is what matters. I will take a direct quote from Centron's interview with me earlier this morning:

“I just make tunes – I don't even know if they're good or not for the rest of the world. For me it's the most perfect music.”

Getting back to the origins of this article on that note, Centron also does get lost in his creations.

“Sometimes my friends have told me that, hey man, your tracks are amazing, stop right there, don't mess them up,” he explains, “but the feedback I've received so far is really good and it makes me feel special and it motivates me to get even better.”

“I'm the guy who doesn't like to use very much pre-made samples.”

With works of art there is usually some speed bumps. When we asked Centron if he had any difficulties with this EP he had one point come to mind.

“I decided to record a lot of instruments on the tracks – guitars, double bass, some synths, percussion and so on. I never had an experience in blending the live instruments with electronic music, so it took quite some time until I got it sounding right.”

Along with not using samples, he also didn't like to using Synth presets as well. He explains that he likes to start every song from square one; this way every song has its own feel. In Robotkiss, these songs do definitely all have their own feel to them and each are very unique.

Give this EP a listen below! Also, check it out on Beatport to get your copy.