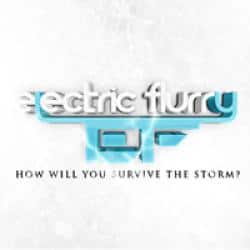 On October 19th, Electric Flurry will hold another massive foam party in NYC. The past three times they've thrown down in New York City over the summer it was located at one of the nation's most well-known venues, Webster Hall, and was sold out entirely every-damn-time packed with EDM fans covered in foam (Oh, you didn't know? They throw the world's LARGEST Foam parties). This time around, they've planned to hold the event at Amazura Concert Hall, due to the larger capacity it holds. EDM Sauce is proud to be a sponsor of this epic night, and to show Love to some of our special fans we will be giving out 2 Free tickets to some lucky readers. Below, watch the footage of a previous foam party thrown by Electric Flurry and check the line-up & Dress code under that.

DRESS CODE: Where the color white and you will get a discounted price if tickets are purchased at the door.

Ibiza season is kicking off in Europe, and luckily for  New Yorkers (like yours truly), the island’s most notorious party returns to NY’s most...

Electric Zoo Announces Its Most Massive Lineup EVER.

New York City's premiere electronic festival Electric Zoo has released the lineup for ELECTRIC ZOO: EVOLVED, AND. IT. IS. STACKED. For its 11th edition, Electric Zoo will...

Being my first House of Yes and Caravan Gitane party, I was pleasantly surprised with how this past Saturday night turned out. I usually...