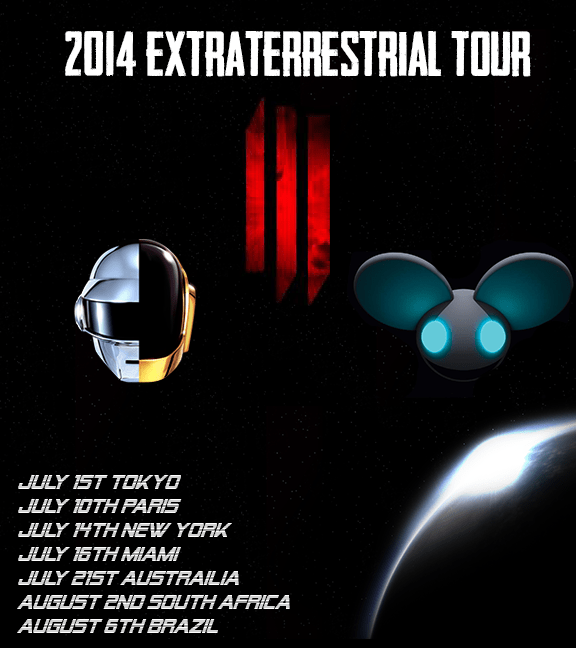 Most people would automatically disregard any rumor about Deadmau5, Daft Punk and Skrillex touring together, but there were many people who reached out to Deadmau5 asking him to confirm whether this was true or not. Deadmau5 replied by saying the following:

? what rumor? DP and skrilly were all touring together in 2014, but not till fall.

no DP, skrillex, dm5 tour. tis a myth. i would totally entertain the idea tho… but i rekon it would be an epic financial disaster. *shrug*

What are your thoughts on these satire EDM websites that are spreading these rumors?