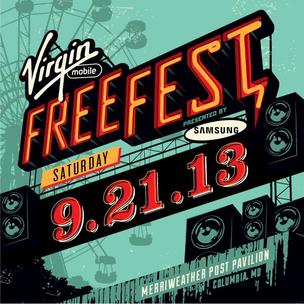 Virgin Mobile Free Festival will be kicking off it's fifth year on September 21 at the Merriweather Post Pavilion in Columbia, Maryland. Why is this festival so special?! It is unique because they give away tens of thousands of free tickets…thats right, FREE! Fans are asked to make a small donation, if you want, to help fight youth homelessness. “Your support over the last two Festival years has been outstanding! 2011 & 2012 donations helped build the Virgin Mobile RE*Generation House, a transitional living facility for homeless youth in Washington, D.C.” Yesterday, they announced the lineup, which will play on two Main Stages and the Dance Forest. The lineup includes some big acts such as Pretty Lights, Madeon, Kaskade, and Icona Pop. Check out the lineup release video here:

Tickets go “on free” on August 9th at noon via Ticketfly.com. To get in on the pre-sale which will take place August 8, make sure you follow Virgin Mobile on Twitter or Facebook, because 50,000 tickets were gone within minutes last year.

In this article:Virgin Mobile Free Fest