A State of Carnage: EDC After Movie Chronicles DJ Carnage at EDC
Advertisement 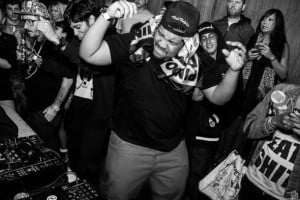 Filmmakers Chris Cordova released a special video on July 29, 2013 that chronicles up and coming DJ Carnage in a behind-the-scenes look at his week at Electric Daisy Carnival. The video is called “A STATE OF CARNAGE: EDC 2013 AFTER MOVIE.” In his journey, Carnage introduces us to his family, his new friends in the industry, and the emotions of going from a fan in the stands to playing a live set in front of thousands of people. Special appearances in the video from Tiesto, Afrojack, Dillon Francis, Morgan Page, 12th Planet, Protohype, and Crizzy. Footage includes special video of his EDC set and voice over narration by DJ Carnage himself. Watch: