Gareth Emery Gives Back With His Own Poll
Advertisement 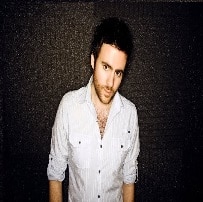 Earlier today, producer Gareth Emery, reached out to the EDM community about his concern with the popular ‘DJ Mag Top 100.' Gareth was just recently contacted by a representative from a company that helps promote DJ's who said that without spending large amounts of money, he would not be able to compete in the EDM world. He thought this was ridiculous and kind of appalling! Like many producers and DJ's, he feels that if a fan purchases a ticket to a show or even shares his music, that is the greatest compliment. So instead of having his fans vote for him in a poll, he rather have them vote on his own poll for a charity that he will donate $15,000 to! The listed charities are, the Ignito Project, MacMillan Cancer Support, Daughters of Life Foundation, Doctors Without Borders, and Brainwave. Follow the link, Gareth Emery Charity Alternative Poll, and vote for a charity today!