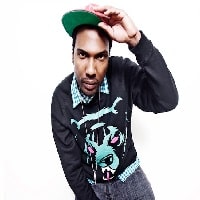 There was a huge turn out last night at Drais Hollywood with producers such as Loudpvck, Gladiator, and Kill the Noise all attending to support 12th Planet's set. Shortly after 12th Planet went on to the decks and after playing 3 songs, someone went to the mic and yelled “F**k Drais Security!' We're not too sure what the confrontation was all about between the two parties, but John and his crew was seen exiting the club very unpleased. He later went to twitter to apologize to fans and said that due to unfortunate circumstances, he had to stop play. The night went on and so did the music without the LA based DJ.

I am so sorry to everyone who came out to the drAis show tonight! Unfortunate circumstances happened and I had to stop playing. Thank you