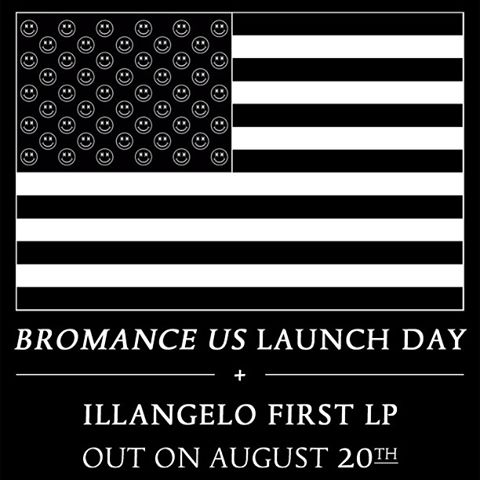 Brodinski and Manu Barron are taking the Bromance line to the US as they announced on a Facebook. Here Bromance US was said to be formed in a partnership with Skrillex and OWSLA and will be an “American extension of the family.” The first release will be the artist Illangelo with his debut ‘History of Man' LP due out on August 20th, 2013.