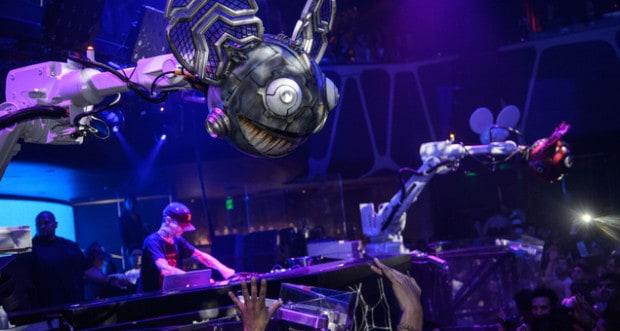 Hakkasan Nightclub is a brand new nightclub in the MGM Grand Hotel in Las Vegas, Nevada. One of their DJ Residencies includes that of deadmau5. As deadmau5 kicks off his brand new residency, he has debuted two brand new mau5bot to help his live shows. The mau5bot's are “12 feet and two tons of pure mechanichal bliss.”

And you wondered what we've been up to. http://t.co/m3yDnBqxb9

Advertisement. Scroll to continue reading.
In this article:Deadmau5, Hakkasan