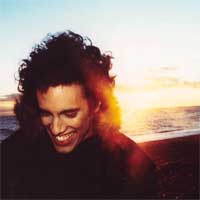 Kieran Hebden, professionally known as Four Tet, played a corporeal, yet colorful set at Chicago’s Smart Bar this past Thursday. The night passed quickly; twisted layers of skittering samples melded with a constant pulsing bass kick. Hebden meshed songs and rhythms into a spinning sound collage. His efforts were not lost on the crowd – dancers filled the basement space, crowding one another, moving in unison, fixated on Hebden’s bobbing figure, softly lit by the glow of a mixing board.

Earlier in the night outside of Smart Bar where I stood waiting in line, I could hear the faint rhythms echo of first DJ echo through the doorway. I tried to imagine what a Four Tet DJ set was going to sound like. Recently, I had been replaying Rounds, Hebden’s 3rd release as Four Tet, which had just turned 10 years old. The album is made entirely out of samples, but is entirely unlike any of the pieces that Make Up the whole. Hebden borrows musical phrases and textures from every sonic corner imaginable, crafting his own musical language as he goes. I did not expect to hear straight tracks from any of his releases, but hoped to identify some drum lines, some samples, some tropical noise textures mixed with whatever else Hebden would present.

Smart Bar proved a fantastic venue for the set. The Dance floor felt full, but left the crowd enough room to twist, sway and shake. Hebden was positioned at the front of the room, standing over a Laptop and digital mixer, each projecting orange, blue and white hues against his downward gaze.
The set had very strong house overtones which seemed perfect for the room. Hebden artfully mashed layers of different tracks, remixes, and samples together.

Bits of pieces of songs fell together into songs without borders, incorporating house, garage, disco, funk, Latin, tribal, jazz and anything else you could hope to hear that might make your eardrums buzz and brain pop. Nothing I heard felt immediately familiar, but everything Four Tet mixed became distinctly his own.