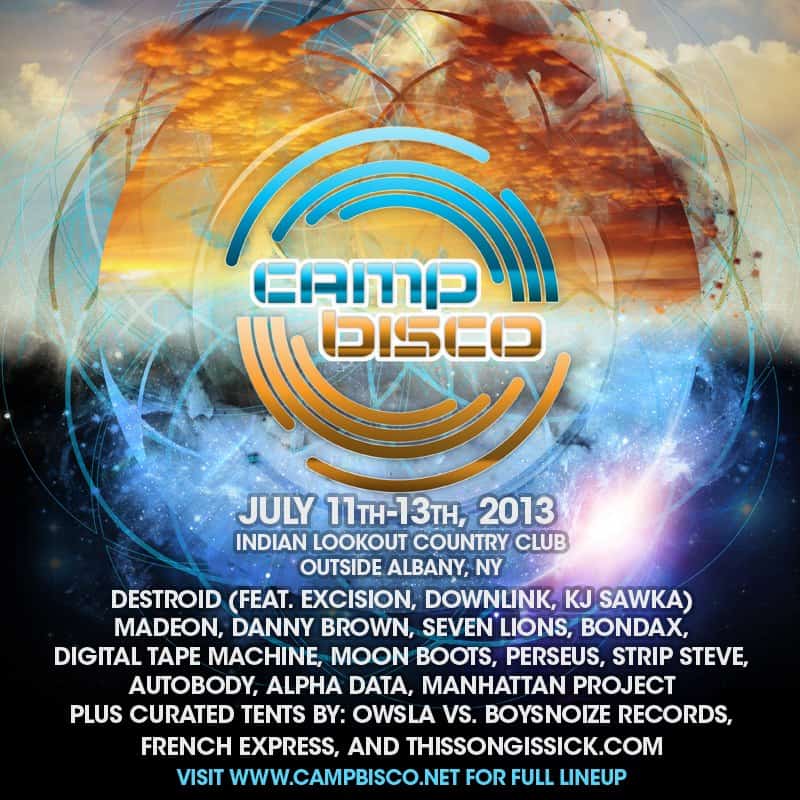 Destroid Live is a live dubstep band brought to you from none other than Excision, Downlink, and KJ Sawka. You can check out tour info, music, and the first issue of their comic book online at www.destroid.com.
I am really excited to hear that they will be bringing the bass to Camp Bisco, and yes, that is 100,000 watts!
Check them out:

Seven Lions is a progressive dubstep artist from Santa Barbara. I had caught his set from Ultra Music Festival and after hearing the live performance I am hyped to see that he will be at Camp Bisco. The Ultra set included a really great remix of Nirvana's “Smells Like Teen Spirit,” and a remix of Nero's “Etude” that I really enjoyed. If you want to check it out Nirvana starts at 48:50 and Nero starts at 46 min.

Camp Bisco has also added a few more tents. OWSLA, the Record Label founded by Skrillex and BoysNoize Records founded by Boys Noize will collaborate on a tent to bring you the best in dubstep, electro-house, and dirty house.

Here is the second phase lineup. For the full lineup and to purchase tickets check out www.campbisco.net.