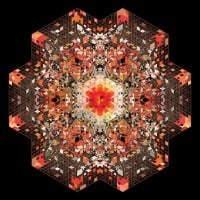 Brazil is the latest track from UK-based producer, Gold Panda. The track is the first to be released from his upcoming sophomore album, ‘Half Of Where You Live'.

Brazil has bounce, hypnotic samples, and the ethereal sun-drenched feel characteristic of Gold Panda. He avoids the overly warm, tape sound reminiscent of so many glo-fi and chillwave artists, and in the balance creates a sound that feels familiar but not too sentimental. The track builds with the addition of a looped vocal sample, then spins away with rising and twisting Synth lines.

Half of Where You Live has a release date of July 10th (via Ghostly International & NOTOWN Recordings). On his new recordings, the UK producer has said, “I think I’ve stripped out a layer of my music since lucky shiner, maybe it was feeling too cluttered, I think these tracks and the tracks for the new album have more space, but don’t feel empty.” Look to Brazil as a small taste of what is to come.

Advertisement. Scroll to continue reading.
In this article:Brazil, Gold Panda, Half of Where You Live

Esteio, Brazil – A 30-year-old DJ named Kaleb Freitas was killed along with three others injured during a horrific stage collapse at the Atmosphere...

Kaskade Starts Kickstarter To Help Save School In Brazil

As if Kaskade wasn’t generous enough this holiday season with the release of his Christmas album, he has recently done an extraordinary deed. Kaskade...