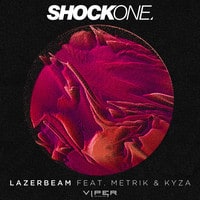 Just released under a day ago is the banging new remix of ShockOne's hard hitting track “Lazerbeam”. Remixed by none other than Au5 himself, he maintains the heaviness of the original sound while spicing it up with a bit of his signature bass style. This addictive dubstep remix is sure to satisfy your ears and will keep you craving for more. You can purchase the full-length album Friday 26th April 2013 in Australia/NZ and Monday 29th April 2013 for the rest of world.

“Moksi and Haj pair up on the undeniably catchy ‘Fade Away’

Jan 26, 2020
Last year, after releasing their full-length album ‘The Return Of House Music’ Moksi had reinvented themselves as more than just a bass house act. Their...