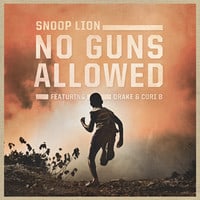 The man known as Snoop Lion has just released a new track called “No Guns Allowed” featuring Drake and Cori B. “No Guns Allowed” was produced by Major Lazer and Ariel Rechtshaid and additional production by Dre Skull. This track will be available in Snoop Lion's album which will be released April 23, 2013.

Major Lazer is notoriously known for elevating the popularity of dancehall rhythms across the globe. Made up of Diplo, Walshy Fire, and until this...

With an unashamedly distinctive approach to his bass music production, we're pleased to have grabbed the mighty Bishu for Musical Guilty Pleasures this week....