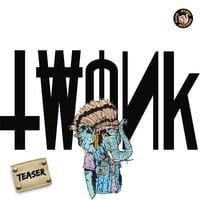 CALLING ALL TRAP HEADS. Don’t let his age fool you, because DJ Brillz is at the top of the trap game right now. His upcoming LP, entitled “TWONK,” is to be released on March 26th, carrying some dirty beats. Today, Brillz uploaded a teaser mix of his upcoming album onto Soundcloud, put together by Craze. The album features other artists such as ETC! ETC!, Teddy Tuxedo, Craze, and Willy Joy. If you aren’t familiar with some of the bangers on the album already, such as “Rvtchet Bitch,” “Callisto,” or “Buckwild,” listen below for a tempting teaser. Even if you’re looking for a killer trap mix to listen to, this teaser will do the Job. Brillz continues to show us how he gets buckwild, but what he really wants to know is…how do YOU, TWONK?

Look out for the drop of his album next week!