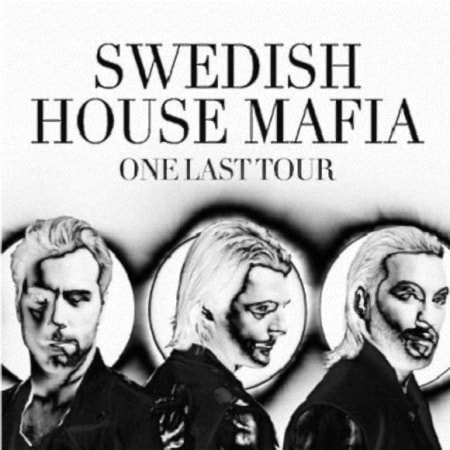 Last Wednesday, February 20, 2013, Swedish House Mafia stopped by Chicago for their One Last Tour. The enormous United Center began to rapidly fill up from all corners for the headlining trio, Axwell, Steve Angello and Sebastian Ingrosso.

All of us waited for SHM to make their entrance, anticipating what would be behind the large white curtain that covered up the stage. A few minutes into the wait, Greyhound blared from the speakers, leading us to believe that SHM was getting up on stage, only to have us realize that it was only the Absolut Vodka commercial playing on the projector screens. During the 20-minute wait, the ever-welcoming EDM community feeling was felt, as concertgoers made small talk with each other. Some had made the trip all the way from the south side of the neighborhood, while others made a 5-hour drive. Handshakes and hugs were exchanged, and strangers became friends. We were all united with a common interest – we had all come to see SHM's final tour.

At last the lights dimmed, and the curtain opened up to 3 LED panels which played a video that repeated the mantra, “We come. We rave. We love.” The LED panels separated to reveal 3 distinct figures up on deck, and the unmistakable tune of Greyhound began to play, elevating the crowd to a new level of excitement and cheer. The vibrations from the bass added to the deep energy that was felt throughout the Dance floor.

SHM played all their big hits including “One,” “Save the World,” “Lights,” along with all-time favorites like “In My Mind,” “Teenage Crime,” “Atom,” and “Epic.” The set reached a climax during SHM's biggest track “Don't You Worry Child,” as we all chanted the lyrics in unison, and our voices were clearly heard, word for word, even when SHM muted parts of the song. Several times throughout the set, Axwell engaged the crowd and further built up the energy.

The graphics were equally amazing, captivating us for the entire set. During “Antidote,” the LED panels displayed “Antidote” and “Swedish House Mafia” written out in Japanese characters, and at one point, fireworks went off behind the decks to create an incredible effect. All music was accompanied by lasers, animations, balloons, and even pyrotechnics that were so hot that I could feel the heat from where I was standing, a few feet away from the stage.

SHM ended with a mashup of “Save the World,” another reprise of “Don't You Worry Child,” and “Reload,” and all 3 members stood up on the decks as the crowd waved their arms and all sang together. The LED panels slowly closed in, and a finale of fireworks went off to signal the first and last time SHM would perform for their fans in Chicago. As we began to leave the venue, words of thanks scrolled down against the white curtain, and the night came to an emotional close with SHM's final message to us: “You came. You raved. We loved it.”