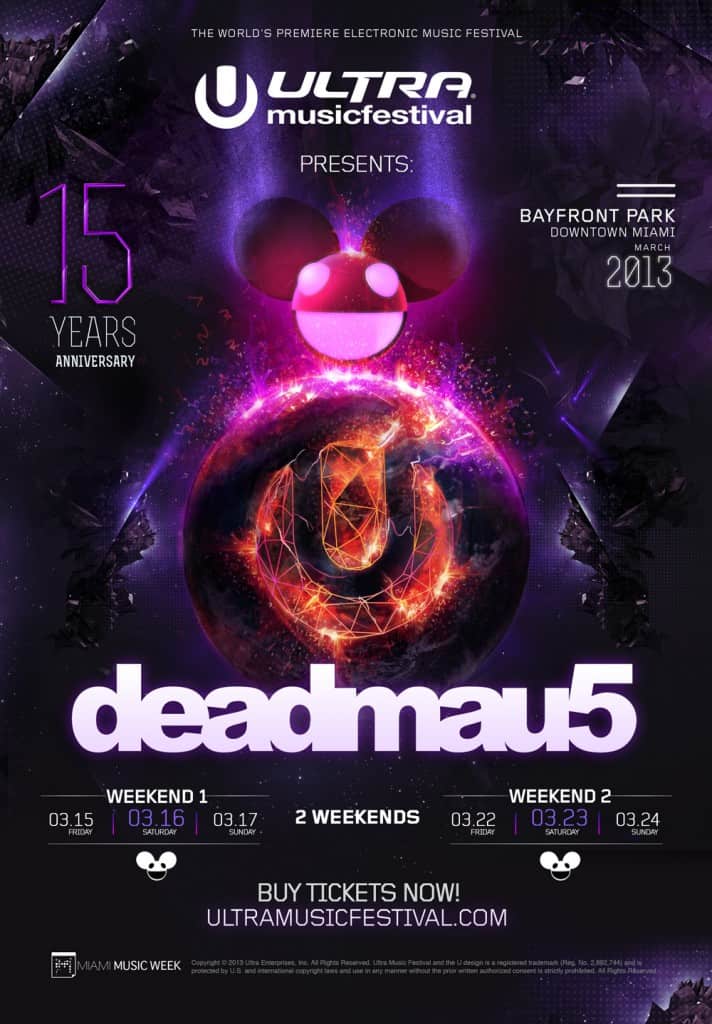 Deadmau5 was just announced as the headliner for this year's upcoming Ultra Music Festival. There was a lot of controversy around the Phase 1 lineup, but after today's announcement I believe people will be a bit less on edge. UMF stated that “The Mayans” has a secret in store through the website mysterydecoded.com, but the website actually forwarded straight to Deadmau5 shown to appear at UMF.

Deadmau5 will be playing Saturday March 16th as well as March 23rd, 2013. Full lineup is still yet to be announced.