David Guetta Fires Back at Deadmau5 for Button Pushing
Advertisement 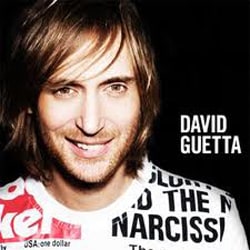 Earlier this year, Deadmau5 said in an interview with Rolling Stone that David Guetta “has two iPods and a mixer and he just plays tracks.” Well it seems that David Guetta has finally voiced his opinion according to his interview with Vibe magazine saying “For many years I DJed in clubs and learned the hard way. The big DJs start by being bedroom producers and they have a hit and suddenly start playing in front of thousands of people”

He also goes on to say “But the way I did it was by working six nights, playing eight hours sets every night. I've learned a lot about how to communicate with the crowd, so when my music crossed over that stayed. The connection with the people is what makes the difference for me.” David Guetta later says in his interview “If you listen to a hip-hop DJ, he’s not playing his own music. It makes a huge difference. When I perform, everything you hear is me playing my own music. You’ll hear unreleased music; every record I play, I will edit and use parts of another record to make it unique. I’m not gonna play what you hear on the radio.”

I feel it's about time David Guetta stood up for himself. Here he won best EDM DJ last year and just received waves of heat for a botched victory. He has finally decided to take a stand for his music in which I deeply respect.