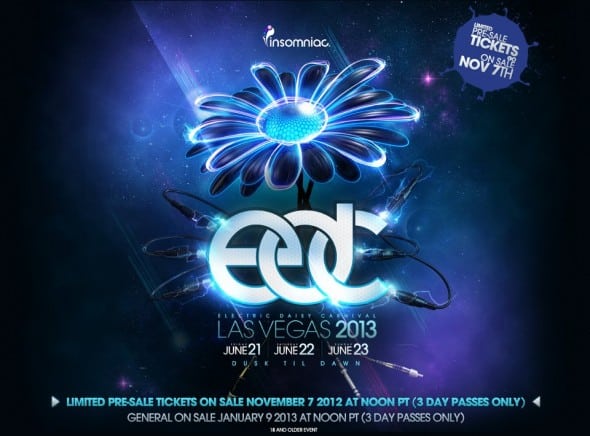 That's right, some of the best News I've received in awhile is that the Electric Daisy Carnival in Las Vegas dates have been revealed. EDC 2013's dates are going to June 21st through June 23rd of the year 2013. Although this is 8 months away, if you're like me, you're already going to be counting down the days.

In this article:EDC, Electric Daisy Carnival