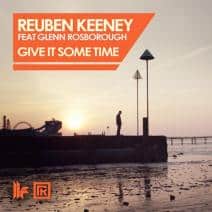 Toolroom Records has released the track “Give It Some Time” with three phenomenal remixes including that of Kim Fai, Morgan Page and NDKJ. The original track is comprised of teenage sensation, Reuben Keeney and vocalist Glenn Rosborough. We guarentee you will enjoy all 3 of these mixes, with our favorite being the Morgan Page remix.

Listen and Buy all 3 on Beatport here