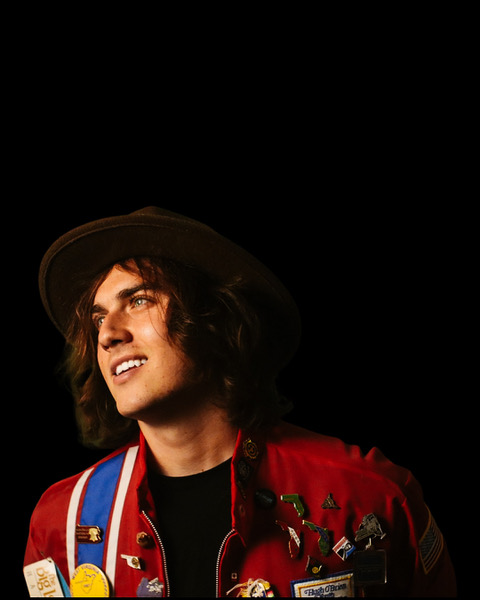 At barely 21, country singer and songwriter Matt Cooper is an international star. His debut single, “Ain’t Met Us Yet,” completely blew up last year, with over 22 million views on TikTok and claiming the #1 slot on iTunes All-Genre Songs Chart. The song became a hit even before its official release, thanks to Cooper’s creative teasers on TikTok. Each clip went viral, attracting millions of views from country music fans across the globe. This success attracted lots of attention from multiple players in the music industry and paved the way for a recording contract. Cooper recorded two versions of the single (an extended and a radio version) and officially released them in late spring.

The song would go on to hit number one overall on the iTunes All-Genre Sales Chart and attract millions of streams on other music streaming platforms. To celebrate his success and reward his fans, the overnight TikTok sensation is poised to become the first-ever musician to give his closest fans lifetime access to his shows. He is set to release his own exclusive NFT fan club, Club Coop, consisting of 10,000 members with lifetime access to any of his shows. These members will be the first to receive exclusive merch and to view Livestream events.

On why he approached the TikTok platform differently, Cooper said, “I was seeing all of these other artists just sitting in their cars playing their new songs and getting millions of views. I decided to give it a go for myself, and, lucky enough, it worked.” As an independent artist, Cooper knew he had to go above and beyond to ensure he stood out from his competition. With TikTok, he saw a big avenue to push his music and took it. “TikTok has been huge for promoting my music, and I will continue to use it until the app no longer exists,” he shares. Cooper’s audience on the platform stands at over 1M, and the numbers continue to climb by the day.

As a successful artist, Cooper can empathize with musicians who feel discouraged by all the failures they encounter despite doing their best to shine on different social platforms. The first thing he recommends is maintaining your uniqueness and originality. “Don’t compare yourself to other people,” he shares. “It is easy to see someone my age having success and trying to constantly catch up to them; it’s exhausting. Understanding that there is a time for everything is valuable.”

Being yourself won’t help your career if you don’t work hard every minute and hone your skills, whether writing a song or practicing guitar. “The more and more you practice, the better you’ll become,” shares Cooper. Despite releasing a hit single and attracting millions of followers worldwide, Cooper still puts in as much work as he did before anyone in the industry knew his name.

That said, Cooper admits that sometimes things will still go wrong, which is why you must cultivate patience and give yourself grace. “Sometimes realizing that not everything’s going to be perfect brings peace, and it allows you to do your absolute best and then leaves the rest to other things,” he shares. This will allow you to have fun in the demanding and stressful business of making music, creating room for fun, which is what music is all about anyway. Cooper also recommends surrounding yourself with good people, adding, “It’s a lot more fun when you do what you love with the people you love.”