MarkyB Talks Independence in both Fashion and Music
Advertisement 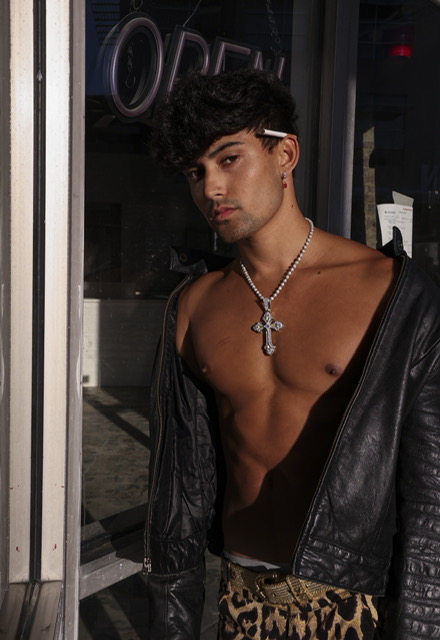 They are their own bosses and thus have the freedom to work how they want. These artists still have copyright over their works, and most of their success has been influenced by the rise in social media.

Marky Bergeron, known as MarkyB, is a music artist and fashion designer. He has two fashion brands: SiBilance and Marky Swim. He is one of the many artists enjoying the fruits of going independent. According to MarkyB, he is about to take pop punk, and

alternative music to the next level. “I put my spin on this genre of music and am not afraid of the competition. Competition makes you work harder. Hard work is equally important as talent, and I am up for the challenge,” says MarkyB.

Due to MarkyB's love for music, his parents exposed him to many different musical instruments as a child. Although instruments are not his strong point, learning how to play them has helped him create amazing music via lyrics, beats, and vocals. MarkyB would create music as a hobby, and he would go to the recording studios with friends for freestyling until 2020, when the world shut down due to Covid, and everything went virtual. This prompted him to take music seriously, and he devoted a lot of time to his craft. He released his first track in 2021, called Hollywood Whore, and to date, he has dropped three hit songs as an independent artist. Most notably, MarkyB has surpassed over 200K streams—and still counting with his back-to-back release Broken Lies and Lipstick Stains, in 2022. The music enthusiast is excited about his first music video Broken Lies, which recently exceeded 54K views.

As a fashion enthusiast and an actual creator, MarkyB is currently enrolled at a fashion design school and has an up-and-coming luxury streetwear brand/label dropping soon called SiBilance along with a luxury women’s swimwear line, Marky Swim, which is set to launch in January 2023.

When asked about the challenges he’s faced in his music career, MarkyB said, “My biggest challenge thus far is learning the industry. You have to be very careful, and self-education is a must!!! My circle of trust is rather small, so I force myself to learn the ins and outs and the good and bad about this industry. No institution can teach you the business side. You MUST educate yourself.”

The up-and-coming artist sees himself touring the world and hearing his music being played domestically and internationally. He also cannot wait for the day his success will speak for itself, and for one of his songs to hit number one on the Hot 100 charts. He wants people to use music to express themselves and forget all their problems. In the fashion world, he wants his swim line and streetwear brand to attract anyone who looks at his vision as a way to express themselves.

In this article:marky b, markyb