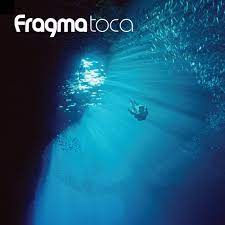 The new 20th Anniversary release features brand new 2022 remixes. The first single, a fresh remix of “Toca Me” from UK house DJ Ben Rainey, has already amassed over 300,000 streams and has seen huge support from Apple Music (DanceXL, Breaking Dance, Future Dance Hits), YouTube Music and Amazon Music. Originally released in 2001, the Toca album was certified Gold in the UK (100,000 sales) and spawned a string of huge hit singles. As well as “Toca’s Miracle”, it includes further top 10 hits “Everytime You Need Me” and “You Are Alive”, plus the band’s debut “Toca Me” – now a bonafide Ibiza club classic.

Speaking of the album release, Fragma’s Ramon Zenker says: “It’s a bit surreal that this is 20 years ago – time flies. I’m still proud of this album, and happy to have it available on vinyl for the first time.”