Ken Bauer’s musical talents are a gift that evidently comes naturally to the Swedish DJ and Producer, after playing piano from a young age Ken then took an interest in the art of music production and released his debut single just for fun back in 2014. With a long list of career accolades under his belt, Ken can also boast of a self-release called ‘All I Need’ achieving over a million streams on Spotify alone and tracks such as ‘Plastic Luv’ added to Spotify’s hottest playlists.

With releases on labels such as 2-Dutch Records, Sirup and Future House Cloud, it’s not just his followers who are big fans of his productions as his music has been supported by the likes of David Guetta, Sam Feldt, Nicky Romero, Brooks, Laidback Luke, Sander Van Doorn, Showtek, Quintino, Yves V, 3LAU, Dash Berlin, MAKJ, Dada Life, Olly James, Sophie Francis, Lumberjack, JES, Chuckie, musicbyLukas, & Sonny Bass. His latest adventure includes starting up his own label called ‘Future Rave Music’ which has kicked off to a great start. Check it out now!

Hey Ken, Great to hear from you. First off, how are you doing?

I am doing great. I have a lot of fun projects going on. And I just found out that I am eligible for a Grammy® awards nomination.

How did the idea to start your own label first come around?

I wanted to start a label that is clearly focusing on the Future Rave sound.

What genre of music can we expect to hear on your label?

Can we expect to see anybody coming up on your new label?

I have a few young and talented upcoming artists such as NK/LA, Yantosh & Ozen.

What gave you the inspiration to start your own label?

Apart from producing music I have always been an entrepreneur and run several different companies. And in this way, I can combine both my interests, producing music and running my own business.

How have you been keeping yourself busy?

Working on the details with the label has obviously taken a lot of time while at the same time producing my own music means I have no problem whatsoever keeping myself busy.

What do you think will set your label apart from the rest?

First of all, only releasing Future Rave music. Secondly focusing on a small number of releases so that we can focus on the artist, promotional activates and further developing the sound of the artist. Basically, prioritizing quality over quantity.

Do you have a specific theme or idea for your label?

Well, it should have been clear by now that the theme is Future Rave Music… 😉

Who would you like to see be signed onto your label?

Well, David Guetta & MORTEN would of course always be welcome to send me a demo, LOL.

Finally, where can people reach out to you about your label? 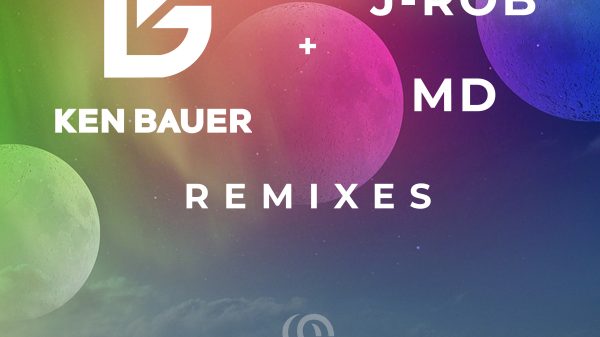 DJ and music production maestro Ken Bauer strikes back with another highly anticipated release. Now, he introduces his take on ‘In Love With The...