Ahead of her upcoming album (her first release in two decades), Diana Ross has tapped in with UK producer Jax Jones to remix her song “Thank You”. The fresh club remix breathes new air into the original and it's sounding great. This flip is well worth the listen, check it out below now!

“Diana has played such a big part of my music education, from listening to her growing up, to the influence she’s had on other legends I’ve looked up to. You can hear references to her everywhere, and so I was hyped to be able to contribute to her latest record after 15 years away. It’s such an uplifting track, bringing people together with some of that joy that we’ve all been missing!” – Jax Jones

It has been a new music Friday full of surprises. Tiesto and KSHMR released a chilled out summer house tune, Audien & 3lau dropped... 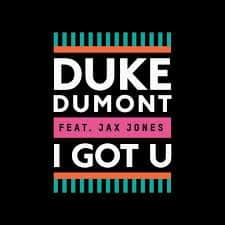 Winter blues got you down? Well Duke Dumont and Jax Jones have the perfect remedy with their new video for ‘I Got U'. Between...