Dark techno-industrial producer Iman Marouf, better known as BlackGummy, is about to embark on his first national headlining tour, showcasing the entity he discovered during his 2013 trip to the Middle East and Asia.

The Los Angeles-based artist has since signed on to mau5trap and has been featured on the label's ‘We Are Friends' compilations volumes 4,5,6 and 7. BlackGummy has also released a three-part EP exploring themes based on humanity's relationship with technology (Singularity), Earth's long and complex relationship with all forms of life (Impactor) and his latest release was inspired by his visits to different archeological sites (Monolith).

The three EPs are crucial pieces to the puzzle that is the BlackGummy narrative. In order to understand the inception of the bear-shaped idol, one must understand that the idol existed throughout different time periods, including the periods explored in each EP (future, past, and present, respectively).

BlackGummy's skills for his dark-grimey techno beats has garnered him a big following in a relatively short amount of time and has been gaining more and more fans as he has taken the stage at Insomniac's EDC, Electric Zoo and Escape Halloween (you can listen to that set here) music festivals and it is now fitting for him to embark on his first national tour.

The tour begins in his home state of California and culminates in Seattle in the spring, all along hitting big markets like Phoenix, Denver, Austin and New York City. The tour will also see him at festivals like EDC Mexico and Buku in New Orleans.

Check out the full tour list below and grab your ticket's to BlackGummy's Mesosphere Tour HERE! follow BlackGummy on social media for the latest news. 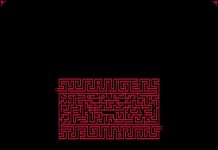 In Case You Forgot About MSTRKRFT