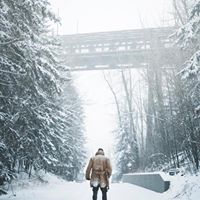 We have a very special debut album that has just been released, and this one coming from HundredMillionThousand with “lp1”. It is best described as a musical mood journal, an audio log of the many facets of an ongoing journey with mental illness. Yes, we agree, this is a bold direction that HMT has decided to embark on. To have a bit of his life shown through his work, but we appreciate how brave he is in doing so. This is a sonic coping mechanism, of persian/filipino producer HMT, whose musical aesthetic revolves around suspenseful atmospheres, brooding pads, and aggressive percussion pattern.

Great music is one thing, but what we absolutely love is the visuals that HMT decides to thrill us with during one of his live performance. He collaborates with other artists and he utilizes visuals that are referential to Iranian art and poetry. In addition to musical explorations, HMT is heavily involved in videography and editing as he seeks to amplify his aesthetic direction through the relationship between audio and video. HMT finds finds inspiration through introspection and mindfulness, composing a musical narrative to overcome volatile emotions. We placed below is one track from “lp1” and we are sure that you will be hooked.

In this article:hundredmillionthousand, lp1, yalda