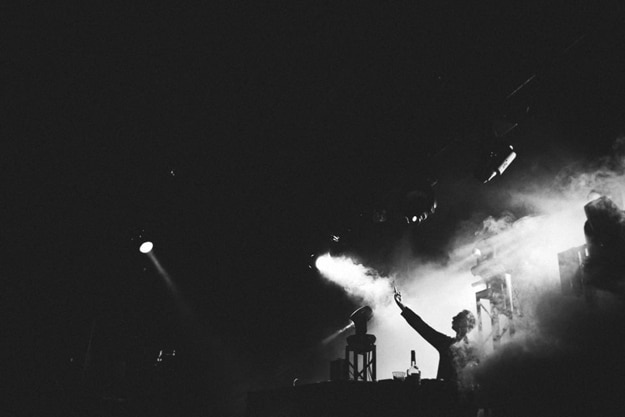 Rl Grime has set the scene ablaze the past few weeks. He dropped his Halloween V mix, which accumulated over 1 Million listens in less than a day. Soon after the trap virtuoso released his long awaited collaboration with Skrillex and What So Not, aptly named ‘Waiting'. This just about broke the internet. So many big names in the world of bass collaborating on one track…it was pandemonium. So much pandemonium that not many people seemed to notice a few IDs thrown into the Halloween mix for good measure.

Earlier this year, like way earlier RL Grime dropped a very not subtle hint that he was working on a new album. This would be a follow up to his masterpiece from 2014, VOID. VOID is one of those albums which changed a genre entirely. Since it's release, Trap has never been the same. The shear intensity of the LP broke through the wall of dance music and influenced even hip hop. It created an entire new generation of dance music fans as well. When RL Grime releases an album, you listen, with full attention. It is as easy as that.

The momentum from his end of October run and the early 2016 album tease culminated on an interview with Triple J where he mentions casually his plans for a new album to be released next year. It occurs around the one minute mark for those who are not keen on ‘Waiting' (nailed that RL Pun right there). RL also mentions he will likely head off on tour soon after the release of his sophomore effort, which has yet to be officially named.