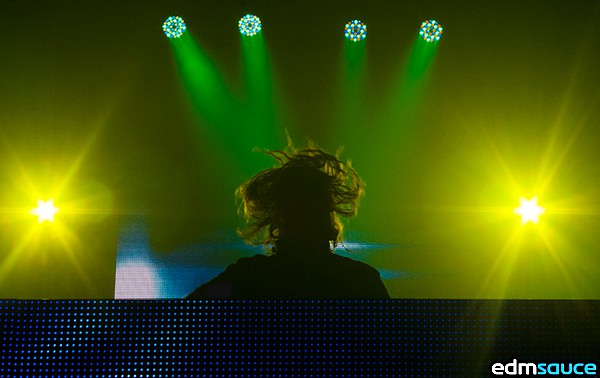 Tommy Trash is regularly making an impact worldwide with more than just his music and DJ skills. It's only fitting that the classy star teamed up with BeachGlow: Concerts for Charity, Inc. to make a generous donation this week. In the name of his entertainment company Trashed Music, Inc., Tommy (along with BeachGlow) helped donate $30,000 to Little Kids Rock.

Trash, who headlined BeachGlow's weather-shortened event this year, helped ensure that this donation will be going towards music programs in underserved parts of Philadelphia and Atlantic City.

“I was excited to be a part of BeachGlow Music Festival because of its charitable goal of producing a music festival to raise money for worthy causes,” Trash said. “Wind, rain, and hail forced an evacuation, but my collaboration with BeachGlow means we’re bringing a sunny day to Little Kids Rock.”

BeachGlow: Concerts for Charity, Inc. was founded by Dane Kunkel, who (as a DJ) started an event at his school when he was 16 years old to raise money for charity. Now 20, his platform is reaching more than just his native New Jersey. BeachGlow has given to Harmony Ministries in Haiti, Breast Cancer Research Foundation, and the American Red Cross. Now, Little Kids Rock can be added to the list.

“BeachGlow is such an amazing organization, the brainchild of a teenager who had the vision to harness the power of music to help make a positive difference in the world. We are hugely grateful to both Tommy Trash and BeachGlow for this donation and look forward to bringing the transformational gift of music to many more inner-city kids as a result of their generosity,” Wish said.

Little Kids Rock is a national nonprofit that helps children with opportunities to learn musical instruments, offering various workshops. Today, their platform brings free, weekly, “Modern Band” music lessons to more than 170,000 public school children thanks to some 1,200 teachers nationwide. Also based in New Jersey, they've estimated to have served over 320,000 students.

Kunkel elaborated on this effort and giving back.

“Tommy Trash is a class act and I’m proud to be associated with him,” said Kunkel. “Trashed Music, Little Kids Rock, and BeachGlow all believe in the significant role music plays as a universal language in the lives of young people, and I’m thrilled we all have the common goal of making it available to every public school student.”