Burning Man Might Have to Search for a New Home
Advertisement 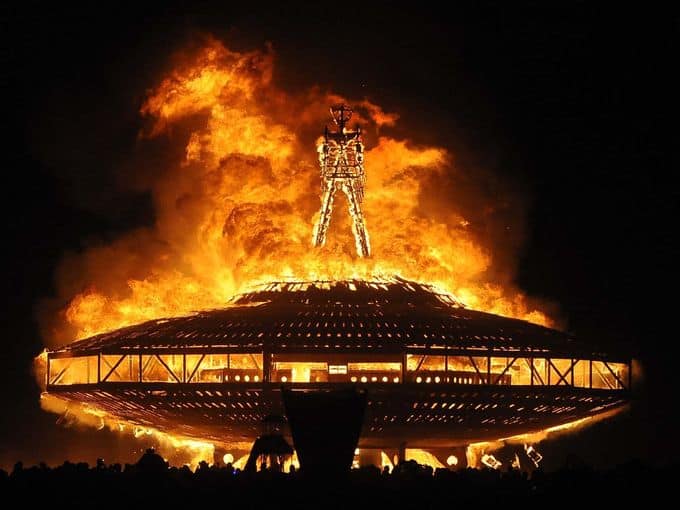 Recent news and discussion has led to much debate about the future of Burning Man, according to its organizers and the legal issues surrounding it's location. Fest300 recently shared an interesting podcast from the news site Positive Head which dives into the number of issues they face. In it, they discuss plenty of topics surrounding a recent interview with  Burning Man's founding member, Marian Goodall. She says that they're running out space and it's a huge concern going forward in 2016.

“For the long-term survival of the culture, we are going to need a physical space…We will, as time goes by, find it hard to only be in the Black Rock Desert. We may need to find a place that would allow for infrastructure. I'm certain that's in our future.”

She also adds that there are lots of issues with being in Nevada… as well as the government.

“The biggest danger right now to Burning Man is that the state of Nevada has levied an entertainment tax and we still believe that we don't fit under a form of entertainment. We're not a Las Vegas show and we're not a car race or concert in a stadium. So we're not happy about what's basically a 9% tax that's going to happen on every person's ticket. We're not able to absorb that. We don't have enough breathing room in our budget to do that. So that's the thing right now that makes us look longingly towards Utah or any other state that might not have levied that. That's the thing that's putting us in the most danger at the moment. We have worked with the Bureau of Land Management to iron out some things from this year…we were on opposite sides of some issues leading into the summer, and their approach was to put another million dollars on top of what it cost us last year.”

When a fan absorbs the severity of the cost of a Burning Man ticket these days, it's easy to see why this is such a big deal as well. There's also plenty of new fans and visitors to Burning Man each year – which is a concern for Goodall.

Originated on Bakers Beach in San Francisco, Burning Man hasn't always been a stable home for “burners.” As the popularity of this event expands and the Nevada city becomes a more stable landmark, perhaps it will have to adjust to the ebbs and flows of time.