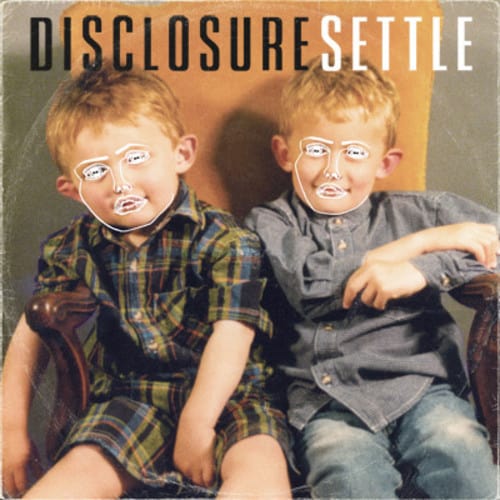 To celebrate the 20th anniversary of their annual, end-of-summer, two day event Nocturnal Wonderland, Insomniac made and shared a cool feature today on their website which lists their favorite electronic dance music album covers from over the years. It's a slice of history with a beautiful twist – meshing new and old artists together in a carefully picked list that was not previously given accolades or acknowledgement: the artwork of electronic music.

The top 10 album covers chosen by Insomniac feature Kraftwerk at #1, Mezzanine's “Massive Attack” album at #2… followed by a great combination of new and old with Justice, Basement Jaxx, and Disclosure rounding out the top ten. Here's the number one pick below from Kraftwerk's 1978 album, “The Man Machine.” The list is a very solid exploration through stirring visual concepts with great descriptive justice to each art design – and the numbers in the list certainly apply to the historical reverence each artist had and the impact of the album.

Read the full article from Insomniac HERE and check out their top 100 below. This was the #1 pick below of Kraftwerk's “Man Machine” album.

Top 10 of the 100 Electronic Album Covers chosen by Insomniac

Another week has come and gone and a new one is just beginning. We have a whole new live stream list for you to...