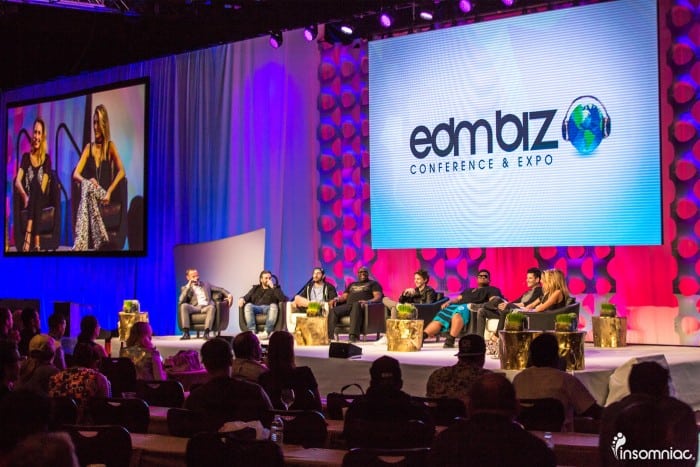 The 4th annual EDMbiz Conference & Expo, which is taking place June 16th – 18th at the Cosmopolitan Hotel of Las Vegas, promises to be the biggest and best edition yet, as the conference continues its meteoric rise to the top. EDMbiz offers three days of panel speakers and keynote presentations by some of the industry’s most influential power players and artists, coming together to speak about current issues facing the music industry. With two brand new additions, in the form of the EDMbiz Startup Contest and Best Record/A&R Contest, to the conference, EDMbiz has unveiled their first phase of panel discussions and keynote sessions, as well as the speakers that will be sharing their thoughts at the conference.

The 4th edition of EDMbiz will feature two unique keynote sessions. James Barton, President of Electronic Music at Live Nation, will be leading a keynote session, and Tony Hsieh, CEO of Zappos.com and Founder of Downtown Project, will be leading a keynote session about the topic, “City as a Startup.” EDMbiz 2015 will also see the return of the conference’s iconic Artist Panel, a chance for some of the industry’s most knowledgeable artists to share their thoughts. This year’s Artist Panel will feature Krewella, 3LAU, Hook N Sling, and a return appearance by Jono Grant of Above & Beyond.

Badges to EDMbiz 2015 are still available for purchase, and you can get yours here. Check out the full list of keynote sessions, panels, and speakers below!

The following Keynote sessions and panels will take place at EDMBiz:

Industry leaders joining EDMbiz for a variety of presentations and panels to date will include the following*: