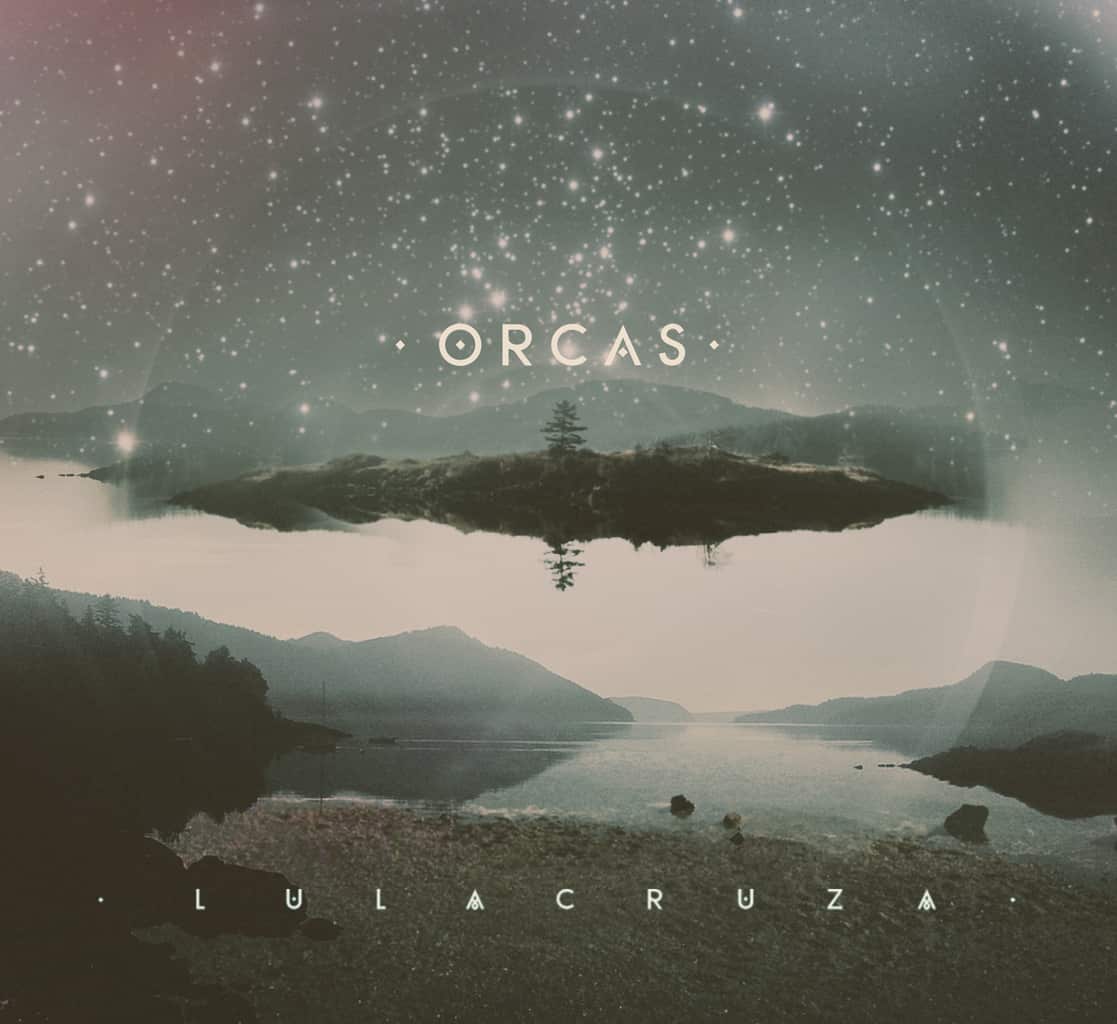 Sometimes one must travel far to find one’s self. For their fourth full-length LP, electronic folk duo Lulacruza traveled from their native South America to Orcas Island in the Pacific Northwest. Invited by music tastemaker and SubPop Records founder Bruce Pavitt to record at a custom-built, state-of-the-art studio on the island, Lulacruza – Alejandra Ortiz and Luis Maurette – were so inspired by the nature and wildlife around them, they would ultimately name their new album after the pristine surroundings.

To be released on April 14, ‘Orcas’ is not your typical music. It is unlike anything you’ve heard, unless you’ve traversed the mountains and jungles of Ortiz’s native Colombia, sat at sacred circles and been witness to Native American chants, as Lulacruza have over their past decade together. The storytelling on ‘Orcas’ is rooted in South American ritual and folklore. Lyrics are inspired by both sublime love and the calmest, darkest hour before sunrise, as well as ancient forces like the feeling of reuniting with what feels like a twin soul from a past life.

The eight tracks on ‘Orcas’ are Lulacruza’s most intimate body of work to date. They are also their most acoustic. While Lulacruza use electronics to add depth, space and to blur the lines between reality and fiction, South American indigenous instruments like the 4-string cuatro, 10-string charango and bombo, a huge Argentinian bass drum, also gauge the dynamics on ‘Orcas.’ On tracks such as “Comandante,” Ortiz bends her vocals like a soft blowing Colombian wind.

“We wanted to keep the intimacy of acoustic folk music and combine it with the physical experience of big deep bass lines that can only be achieved with electronic processing,” explains Maurette. “It’s an album whose experience really changes depending on what speakers you are listening through. Through small speakers, it can be heard as an intimate folk album, or in a system with subwoofers, as a deep entrancing, rhythmic album.”

It is with this intimacy that Lulacruza hypnotizes and brings their traditional folk music into the avant-garde.

This dichotomy is also prevalent in their name. Lulacruza is a combination of Ortiz’s pen name “Lula” and the Spanish word “cruza,” which translates to “combine,” as they combine ancestral music with modern technology.

Orcas was recorded, mixed and mastered by sound engineer Vance Galloway, noted for his work with Nicolas Jaar. It will be available through The Polish Ambassador's boutique label JUMPSUIT RECORDS and Fertil Discos as a name-your-own-price download. Physical copies comes with two cds so you can give one to a friend and will be sold at the prestigious Club del Disco in Argentina and also available for purchase through MUSIC.LULACRUZA.COM The album will also be available on iTunes, Amazon and Spotify.

“This feels like a very raw and vulnerable album,” explains Ortiz. “Without being truly vulnerable and taking risks, there's no possibility for love to bloom; sometimes one must dare to stay in dark places, which are the most fertile, for light to come through.”