Benedict partners with Lee Groves for Tetraphobic remix of 'Warzone' 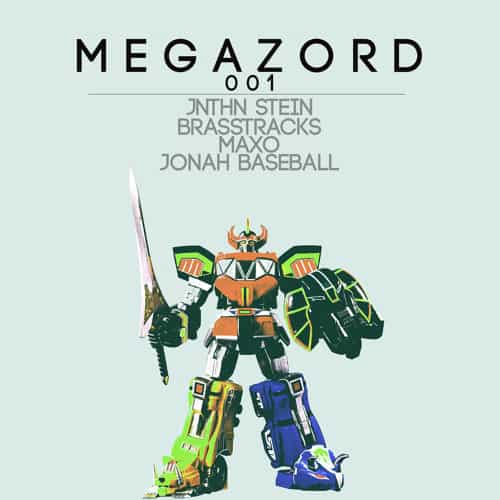 JNTHN STEIN, Brasstracks, Maxo, and Jonah Baseball’s crazy collaboration, Megazord 001, just sounds too awesome to pass up. Each artist is a beastly beatmaker in their own right with a slightly varied style of garagy bass music; Jonah Baseball and Brasstracks sporting some very funk/jazz inspired grooves, JNTHN STEIN crafting heavy trap tunes that sound like they could come from Future Classic, and Maxo, whose music is insane, sounding like IDM meets glitch hop.

It’s hard to say who took the driver’s seat on this project, cause the tune sounds like even blend of each. The overall format of the track seems very reminiscent of Jonah, with the dramatic, classical sounding intro and the frantic outro definitely seems like Maxo’s handiwork, but who really knows. The whole song is so well done, from the triumphant horns to the mean, dirty bassline, that’s sound like a cousin to What So Not’s Jaguar, and the epic climax that ends all too soon. Easily one of the coolest songs so far this year.

Since it has 001 in the title, it’d be fair to expect more editions like this to be released in the future, and if successful enough, maybe even a new dance music super group. I would definitely approve.