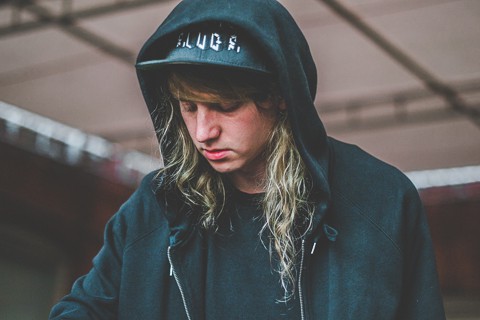 UPDATE: The track has arrived!

Cashmere Cat's 2015 is getting better by the day. Very recently, the Norwegian producer announced that he and Sinjin Hawke collaboratively produced Kanye West's recently debuted [on SNL 40] single, “Wolves” featuring Vic Mensa and Sia. On top of that he also solely produced Ty Dolla $ign's “Drop That Kitty” and Tinashe's “All Hands on Deck,” two recently released records that are already getting some solid radio play and are bound to be spun on various other radio stations until the end of Summer. One of the most exciting production credits for CC thus far in his career has to be working with global pop star [& Big Sean's hubby], Ariana Grande. He cooked up the production for her huge single “Be My Baby” which eventually landed him an opening spot on Grande's Honeymoon tour, and NOW there is a preview video of another collab between the two. No title for the record yet, but Ariana Grande's silky vocals lightly soar over Cashmere Cat's juicy production to create another collaborative hit. Watch the video below and stay tuned to the full single to be released soon enough.

In this article:Ariana Grande, Cashmere Cat