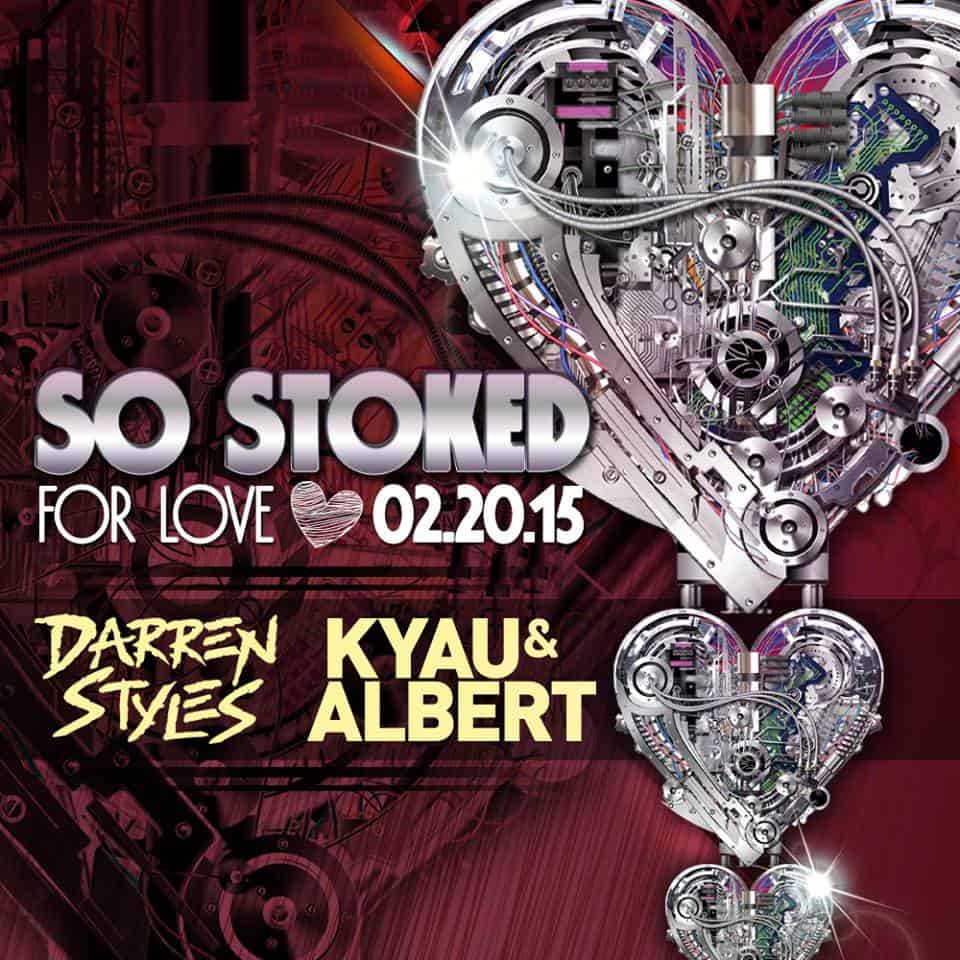 This past weekend, I had the joy of welcoming a legend back to the San Francisco Bay Area. His name is Darren Styles and is noted as one of the pioneers of Hardcore Dance Music with many classics like Come Running, Save Me and You & I. Darren Styles has recently made big sparks in North America since playing Electric Daisy Carnival in Las Vegas last year and for the first time in 15 years, Kandi Love & Plur Alliance brought him out to many excited attendees. Joining him for the night was trance heavyweights Kyau & Albert as well as many local favorites to take part of this massive night. Taking place at the DNA Lounge in San Francisco, this multi room venue (and conjoined pizza joint) has been home to many artists of all genres and set the perfect space to host such event.

Outside the venue, a huge crowd had taken over and you can already feel the music thumping as you enter the doors. Once inside, hardstyle was pounding through the speakers by local Blix Cannon. Setting the mood off right, it fit perfectly as everyone was dancing and getting the night started. As the evening progressed, the crowd got louder, the venue became full and looking around, you can tell everyone had waited for this night to come for a long time. Kyau & Albert took the stage to fill the room with heavy trance, which ended up being a nice change in mood. Recently releasing their first album in two years, hearing tracks from ‘Distant Lights' was a pleasure.

The clock soon hit 12:30 AM and Darren Styles came on stage. I don't think I had ever heard such a compacted crowd scream as loud as they did in that venue before. Opening up with tracks like Satellite, Getting Better, and his beloved remix of Concrete Angel by Gareth Emery, had every person singing word for word. It's indescribable being at a show with such dedicated fans that know every word to your songs and will even sing the beat to go along with it. The Neon lit crowd was at its all time peak and the vibes were to the ceiling.

As Darren got near the end and closed with two updates of Come Running and Save Me, I looked around and could see tears that it brought to people's eyes. The crowd singing their heart out and even finding out a couple got engaged during his set was a big highlight of the night. For the first time in 15 years, Darren Styles took over San Francisco and for that one night, everything was perfect. A huge thanks for having EDM Sauce join along and thank you to everyone involved and all artists that played to make it happen.