Top Golf Entertainment is Coming to Las Vegas, Will Have Live Music and DJ's
Advertisement 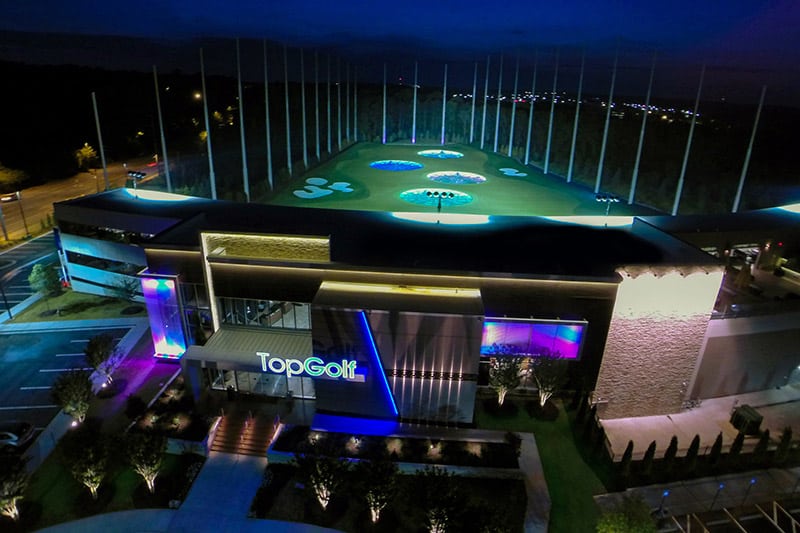 At a news conference last Wednesday in Las Vegas, Scott Sibella, COO of MGM Grand, announced that the resort would be teaming up with the popular entertainment center Top Golf. What's even more interesting: this will be Top Golf's largest of its current 13 facilities in the United States with the addition of live music and yes, DJ's.

If you've never been to Top Golf, these are more than just driving ranges with a 19th hole for booze and food. The stalls are designed to give each guest an interactive experience with prizes for hitting targets on the range which light up. There are even point scoring games for everyone in the family to participate. Growing quickly, Top Golf is looking to open 10 new facilities in addition to their current 13 (which are mostly in the Midwest and Texas).

With Top Golf welcoming new fans to the game, it will be interesting to see how they incorporate live music to their company. Generally with up to three levels of hitting bays, one has to ponder where to put the DJ. Many golfers come to Top Golf for the fun experience but this will certainly increase the party atmosphere to a whole new level.

Check out the original article from Vegas Seven. Read more about Top Golf on their website. Founded in 2000 in the United Kingdom, Top Golf has an estimated 100 million dollars in revenue since its inception with their headquarters based in Dallas, Texas. 3 of it's 13 sites are in the U.K. Stay tuned for more News. Who knows, maybe in the future you'll be getting the after party from EDC on the driving range.