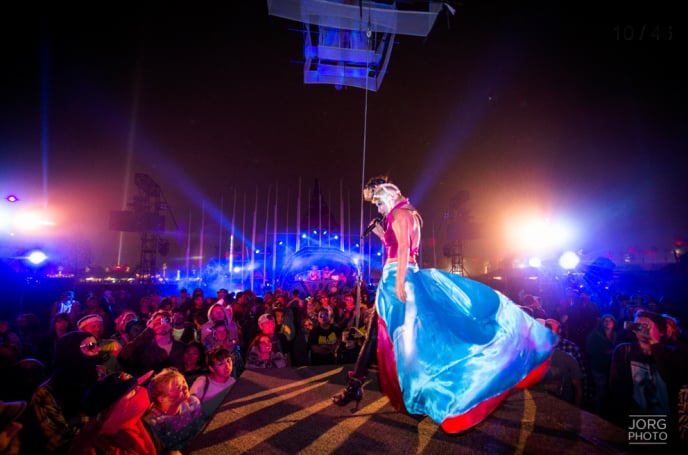 Lucent Dossier Experience​ will release their sophomore album, Light of the World, on Feb. 21, 2015. Based on the live performance art and music show that the Los Angeles ­based electro­circus has performed at Coachella and stages across the globe, Light of the World is seven tracks that transport the listener to another dimension.

“I had a lot of inspiration from that connection with the Lucent Dossier performers, as well as instant feedback,” says Gadret of the writing process. “I love to create music without artistic boundaries and this is a true collaboration between music and live performance.”

The Lucent Dossier band shows that music has no bounds on Light of the World. Each track features traditional instrumentation amplified by electronic riffs; one song will feature a swinging horn section partnered with glitchy bass, while a Flamenco guitar finds harmony with a tabla and big room house music on another. The LP’s first single, “Kundalini,” features marries booming bass and big tribal drums with a beautiful piano bridge.

“It's like a force that once it starts, it can’t be stopped,” explains Gadret of the track that can be streamed The Light of the World album is the first music to be released  from Lucent Dossier since 2012’s Gateway, a six­track EP that melded heavy bass and Eastern ceremonial sounds into one. It can be purchased on the Lucent Dossier website here and iTunes.

This month, music from ​Light of the World, ​will be featured in​​Lucent Dossier’s new stage show, titled ​Unleash Your Legend​. The spectacle opens at ​Club Nokia ​in Los Angeles on Feb. 21, 2015, followed by a performance at ​The Regency Ballroom ​in San Francisco on Feb. 28, 2015.​ The 70 ­minute spectacle showcases 16 performers pulling in new dancing styles like hip­hop, bone­breaking, crunking, voguing and parkour, plus Lucent Dossier’s trademark fire choreography, aerials, acrobatics and contortion.

You can get more information and purchase tickets here.

“We always want to transport people out of their current reality into another realm,” says Rockwell. “I think that we’re all looking for escapes from the confines of Earth and music is the most delicious of them all.”

Light of the World will be available for purchase beginning Feb. 21 on iTunes, and for streaming on Soundcloud and Spotify through Lucent Dossier Music. The beautiful album artwork was done by Venice, CA artist Chris Saunders. As previously noted, Lucent Dossier has released the first single from the album, titled “Kundalini,” that you can listen to here.


LIGHT OF THE WORLD ​TRACKLIST

1 As Above So Below

As ambassadors to a creative revolution, this world­renowned act seeks to redefine the live experience by tearing down walls which separate artists and observers. Lucent Dossier Experience shows embody a futuristic turn towards high­art, with the overarching goal of creating transformative experiences for their audiences. Their shows craft a window into a new vision of humanity where other­worldly conceptions can be realized. LA Weekly ​describes their performances as “a world that doesn’t exist, a place where the future and past happen simultaneously.” Throughout their 10 ­year rise from the LA underground to international limelight, Lucent Dossier’s journey has been forged by the creative genius of Dream Rockwell, a visionary within both transformational art events and avant­garde performance communities alike. 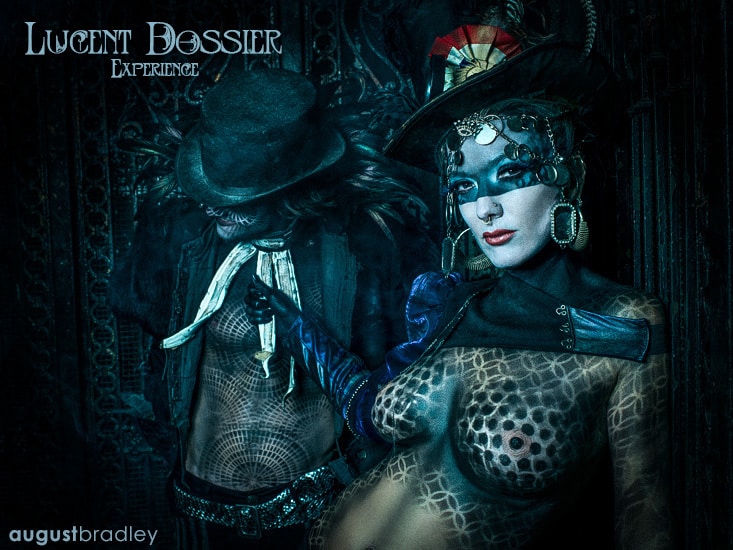