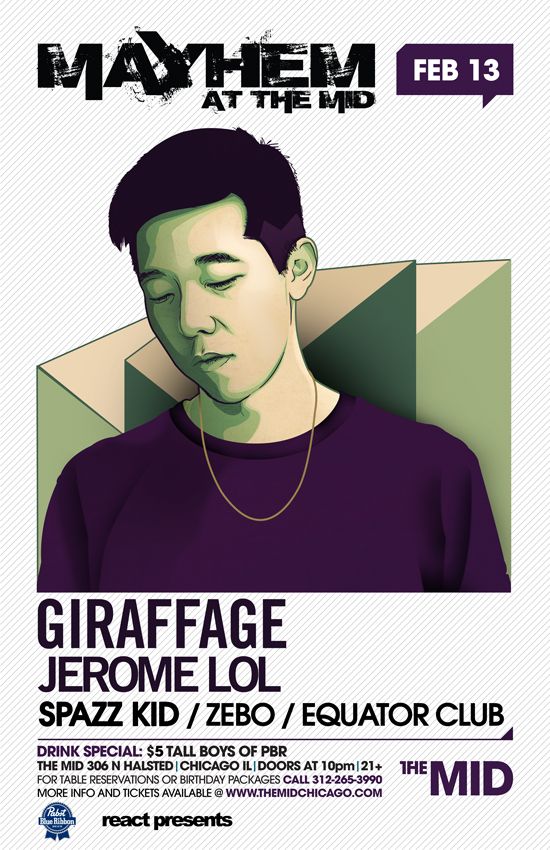 Giraffage and Spazzkid, two incredible up-and-coming West Coast producers are currently on a national tour and they'll be stopping off in Chicago at the Mid on Friday, February 13th for Giraffage's No Reason Tour. Giraffage, a somewhat recent sign to Fools Gold, plays a sweetly dark or darkly sweet blend of 90s-inspired synth heavy beats that could perfectly score a musical about AOL in the 90s. He and Spazzkid both manage to pull from very distinct, almost nostalgic musical places while managing to create something entirely new. They'll also be joined by Jerome LOL at the Mid – not a show to miss.

Look below for more tour dates and your chance to win a pair of tickets to their concert.

The 2019 journey of the Minneapolis duo Euphoric Nation continues with their latest release, “Alloy”. The guys brought in a little extra help for...