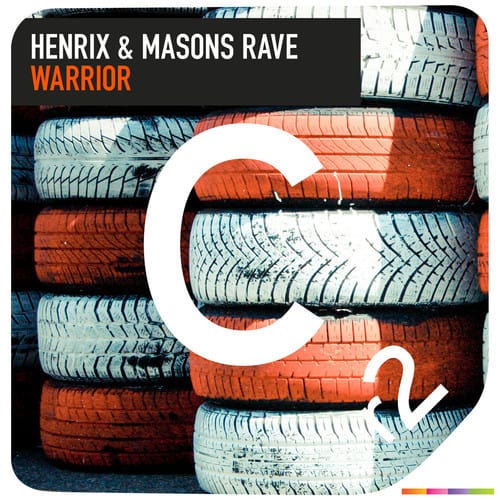 Miami-based Henrix exploded onto the house circuit in the end of 2014 like a relentless meteor shower. He released a series of successful tracks on several well-known labels. Rounding out December was Light on Fedde le Grand's Flamingo Recordings, followed by The Underground, his first release on Cr2 Records this year. Both releases have already received strong support from Laidback Luke, Steve Angello, AN21, and Danny Avila. Furthermore, Henrix just announced a coveted residency at Light Las Vegas, joining a heavy-hitting rotation of DJs for the upcoming season, it's no doubt that he will keep going up, up, up!

Henrix has teamed up with Swedish duo Mason’s Rave on his newest release for Cr2 Records, appropriately titled Warrior. For anyone who's ever imagined themselves as the hero in an epic adventure movie; Warrior is your modern theme song. The track's percussive opening serves as a prelude to the adventure ahead, the tension grows as grandiose background music layers into the mix. The massive drop is followed by hard-hitting jungle beats, and then the listener is catapulted through the rest of the Warrior saga. Henrix manages to narrate a journey in this single, be it in the Amazon jungles or your next massive show.

The new track, Warrior has already piqued the interest of fellow producers Dimitri Vegas & Like Mike, who featured it on their popular ‘Smash The House‘ radio show. With the spring festival season fast approaching, there is no doubt that the track will be getting lots of crowds moving during Miami Music Week and beyond. With three new releases under his belt and a season full of rocking crowds at The Light Vegas ahead of him, Henrix continues to establish himself among the forefront of music producers.

Stooki Sound and Troyboi Team Up For New Track ‘Warrior’

Two of London's finest talents, Stooki Sound, and Troyboi, are teaming up on one of the hottest collabs 2017 has seen so far. ‘Warrior' combines...

Steve James knows how to pick his friends and colleagues. Getting off the ground with Bieber then Martin Garrix, Matthew Koma, and Morgan Page,...

Digital Lab Vs. Henrix – Drop Low (Out Now on Arkade)

Miami based producer Henrix has been tearing it up in 2015 with his collaborations and originals on labels like Thrive Music and Mixmash Records....